But at least we all going through it at more or less the same time.

Imagine hitting that awkward phase in your late 20s.

That is exactly what happened to E! News reporter Ken Baker – whose memoir is the subject of a new movie starring Jane Lynch: The Late Bloomer.

Baker, now 46, experienced an almost unheard-of hormonal transition due to a benign brain tumor pressing on his pituitary gland.

The tumor caused a hormone imbalance in his body called hyperprolactinemia, which over-produced the female hormone prolactin, stunting his natural development.

SCROLL DOWN FOR VIDEO 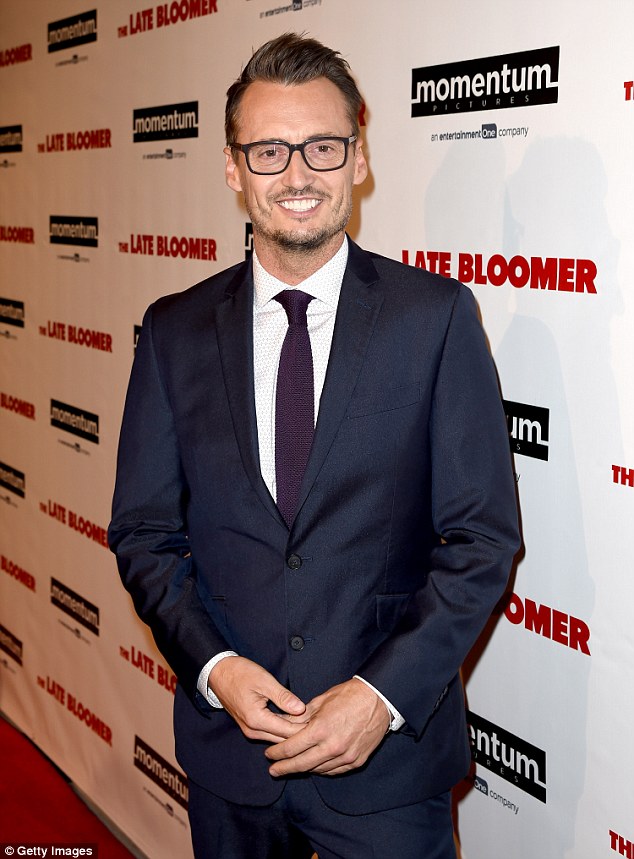 Ken Baker, a 46-year-old reporter, never naturally went through puberty due to a tumor

It meant he lactated milk from the nipples, 10 times more than a breastfeeding mother.

His body was soft and lacking muscle.

And he had absolutely no sex drive.

Writing in his best-selling autobiography Man Made in 2001, Baker explained that he lost his virginity at 17, but he could only get a feeble erection, and didn’t enjoy the experience.

Finally, at the age of 27, his girlfriend of one year convinced him to seek medical advice.

A doctor took MRI scans and confirmed a brain tumor had delayed puberty.

He would have to remove the tumor then start taking hormonal medications, at which point the whole process would begin – and his life would transform.

‘I lived in Santa Monica and Rollerbladed along the beach. “How did I not notice that so many women are wearing bikinis?” I thought.’ 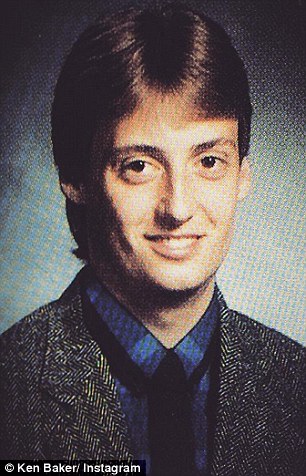 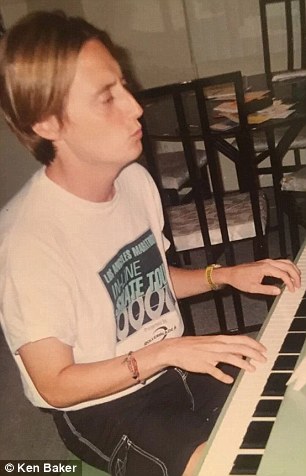 Before he was 27 (pictured left and right) he lactated milk from the nipples, 10 times more than a new mother. His body was soft and lacking muscle. And he had absolutely no sex drive 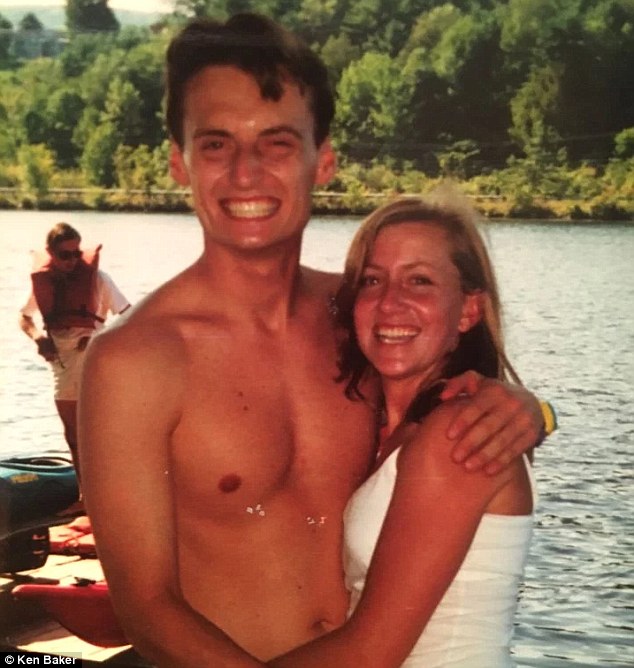 His sex drive forced him to reluctantly break up with the girlfriend that had told him to get checked out.

‘After splitting with Robin, I hooked up with about six women over the course of several months, around twice the number of women I’d tried to bed over the last decade. In the space of one day, I had some form of sex with three girls.’

It wasn’t long – a few months – before he met his future wife, now mother of his teenage son and daughter, Brooke.

Now he continues to take hormone supplements, and is comfortable sharing his experience.

And today his story his movie theaters in a Hollywood blockbuster.

Though the movie makes a joke out of his entire teenage years and early adulthood, Baker told the Post he doesn’t mind.

‘Laughter is the best form of medicine,’ he said. 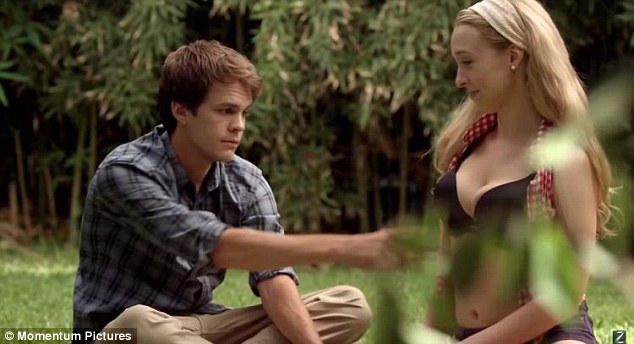 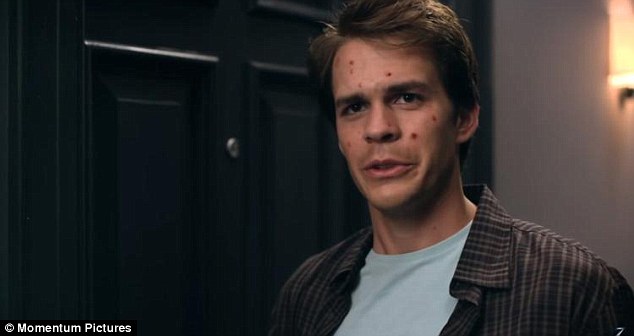 As in real life, the character experiences awkward breakouts like a teenager

Kids are falling out of love with soda, CDC report reveals

Experts break down the triggers that ruin get-fit regimes