Anorexic people have an abnormality in their brain that means they cannot recognize the disease is harming them, a new study claims.

The potentially life-threatening eating disorder is characterized by self-starvation, excessive weight loss, and dysmorphia – when someone mis-perceives their physical appearance.

It is related to psychiatric conditions that trigger obsessive thought and poor insight.

And now experts at the University of Illinois at Chicago and UCLA claim to have identified the brain structure that fuels this behavior. 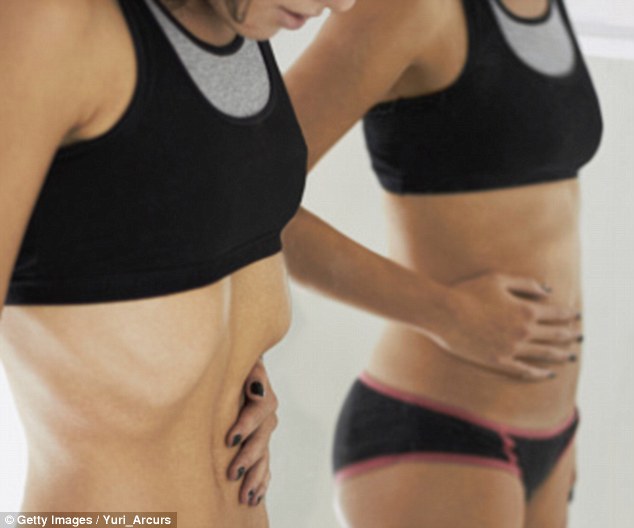 Anorexia drives sufferers to starve themselves as they mis-perceive their body image. Scientists claim this obsession is caused by an abnormality in the brain, which stops sufferers realizing they are killing themselves

In a study of structural brain connectivity, the researchers found more connective abnormalities in anorexic patients than others.

These abnormalities were spotted in brain regions linked to error detection, conflict monitoring and self-reflection.

It suggests their brains may not generate an ‘error message’ to prevent life-threatening behavior.

But according to lead author Dr Alex Leow: ‘It is plausible that their brains literally don’t believe that they are severely underweight and their behavior is dangerous even when objective evidence suggests otherwise.’

The abnormal brain network in people with anorexia nervosa comprises several brain regions, including the caudal anterior cingulate and the posterior cingulate, which have been shown in other studies to be crucial for error detection, conflict monitoring, and self-reflection.

For example, the caudal anterior cingulate is hyperactive in people with obsessive compulsive disorder, who may perceive problems where none exist, such as thinking the door may be unlocked even after checking it numerous times.

‘Our results suggest that in order to have insight, you have to be able to see a conflict or error when your perceptions differ from those of others, or from reality,’ Leow said.

‘For example, in people with anorexia nervosa, that conflict might be, “I may actually be way too thin, even if I think I am still fat.”

‘Next, they need to be able to reflect on that conflict and what it means.

‘If they can, this insight can lead to adaptive decisions, such as “Hey, I need to get help to change my behavior and get healthy,” and then that person has a better chance of recovering. 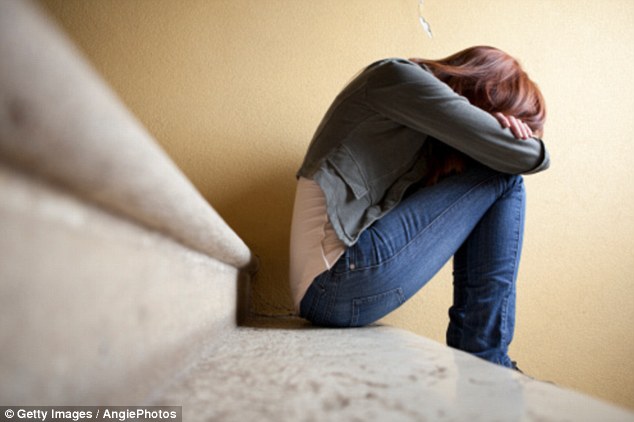 The brain abnormalities were spotted in regions linked to error detection, conflict monitoring and self-reflection

‘But without that insight, they are stuck.’

Leow and her colleagues explored differences and similarities in brain connectivity patterns in 24 weight-restored individuals with anorexia nervosa.

Those 24 participants met all criteria for anorexia except for amenorrhea – stunted menstruation – and all had body mass indices (BMI) of 18.5 or higher.

They also had 29 participants with body dysmorphic disorder, and 31 healthy control participants.

None were receiving psychiatric medication at the time of the study. Insight and delusionality were measured using specialized questionnaires.

Leow said the selection criteria for participants were carefully chosen, because long-term starvation itself has a profound impact on the brain and could contribute to abnormal connectivity in brain networks.

‘We didn’t study individuals who were currently very underweight, because we didn’t want active starvation to impact our results,’ she said.

‘In that case, we wouldn’t really be sure if network abnormalities were caused by the disease itself, or if they simply reflected current effects of starvation on the central nervous system.’

Next, they constructed maps for each participant that showed which areas of the brain exhibited high levels of connectivity.

They found that connectivity in the caudal anterior cingulate and the posterior cingulate were poorly connected with the rest of the brain in those with anorexia nervosa compared to healthy participants. Participants with worse insight scores had worse integration of these areas in the brain.

The researchers also found that individuals with anorexia nervosa had abnormal, overlapping brain networks involved in reward and compulsive behaviors.

‘This could relate to the observation that many anorexics experience a rewarding feeling from “successfully” carrying out compulsive exercising, restricting, achieving specific weight goals,’ said Leow.

Improving anorexics’ ability to detect the mismatch between their perceptions of self and reality may be the key to helping some recover, said Leow.

‘We may be able to teach insight to these patients using different tools or techniques including virtual or augmented reality technologies,’ Leow said.

A candidate approach is to ‘amplify’ the error signals, she said. ‘Many anorexic patients with poor insight are able to understand someone else’s severe restricting is very dangerous for that person, but they can’t see it for themselves even when they are doing exactly the same thing,’ Leow said.

Providing better visual feedback signals could be a way to get the error message across.