It means a significant proportion of the older population are at risk of developing chronic disease or face an early death.

The data, published by the CDC on Thursday, found 31 million people in that age group do nothing more than basic movements related to their daily routine. 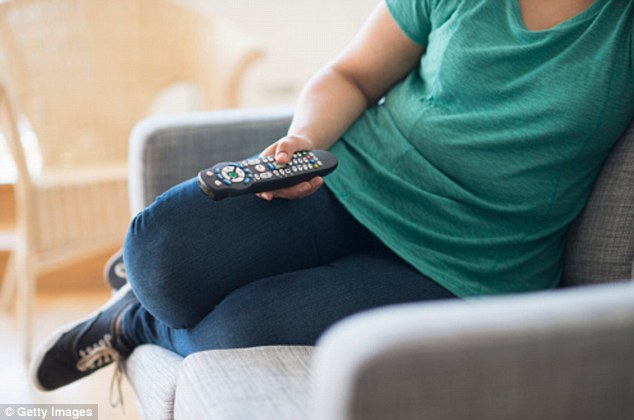 Just this month, the CDC released maps that revealed at least 20 per cent of every state is obese.

And that figure is only set to rise.

Currently, over-50s cost the nation $ 860 billion in health care costs – but 80 per cent of their illnesses are lifestyle-related and avoidable.

Taking a closer look at the root cause of our expanding waistlines, researchers analyzed 2014 survey data that documented physical inactivity.

They found women are more inactive than men – 30 per cent compared to 26 per cent respectively.

African Americans were the least active, with more than a third (33.1 per cent) admitting that they never exercise.

Hispanics were the second least-active group (32.7 per cent), followed by non-Hispanic whites (26.2 per cent).

MAP: THE UNITED STATES OF INACTIVITY

That bears a direct correlation with the nation’s obesity figures, which show African Americans to have the highest proportion of obese people, followed by Hispanics then Whites.

Looking at geography, the researchers found the South to be the most inactive.

Thirty per cent of older Americans on the Southern belt do no exercise.

Arkansas, a Southern state, has the lowest rate of activity, with 38.8 per cent of over-50s admitting they never exercise.

The most active region of America for over-50s is the West, where 23.1 per cent of over-50s are inactive.

The region is home to the nation’s most active state: Colorado. There, just 17.9 per cent of older people never work out.