A landmark study has identified the first physiological sign of late-onset Alzheimer’s.

Contrary to previous understanding, brain scans show a decrease in blood flow through the brain is the earliest indicator that a patient has the disease.

An increase in amyloid protein was thought to be the number one sign.

But while amyloid plays a role, experts at the Montreal Neurological Institute and Hospital have determined that blood flow decreases first in the most thorough study ever published on Alzheimer’s.

They also found that changes in cognition begin earlier than previously thought.

The study, led by Dr Alan Evans, has provided the most complete maps of the disease to date. 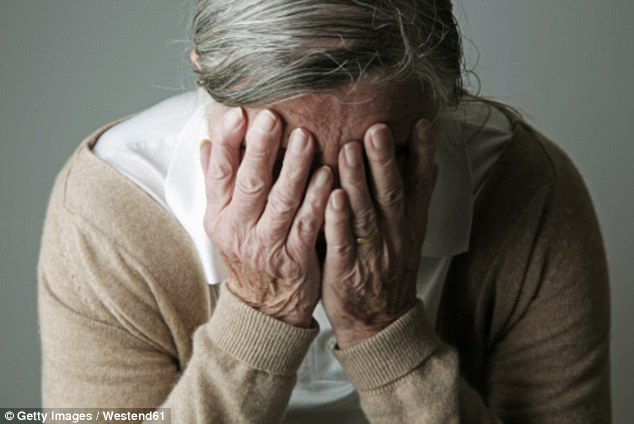 Contrary to previous understanding, brain scans show the first sign of late-onset Alzheimer’s is a decrease in blood flow through the brain. Less detailed studies had previously concluded that it was an increase of amyloid

They used a variety of techniques including MRI scans and positron emission tomography (PET), as well as analysis of blood and cerebrospinal fluid.

Late-onset Alzheimer’s disease (LOAD) is caused by a complex combination of associated mechanisms in the brain.

It is the most common cause of dementia.

Due to its complexity, studies have thus far struggled to provide a complete picture of the disease.

But this study, published in the journal Nature Communications on June 21, has taken all elements of the brain into account, including the pattern of amyloid concentration, glucose metabolism, cerebral blood flow, functional activity, and brain atrophy in 78 regions of the brain.

‘The lack of an integrative understanding of LOAD pathology, its multifactorial mechanisms, is a crucial obstacle for the development of effective, disease-modifying therapeutic agents,’ Yasser Iturria Medina, a post-doctoral fellow at the MNI and the paper’s first author, says.

To provide the most complete map of a brain with late-onset Alzheimer’s, the team analyzed more than 7,700 brain images from MRI and PET scans. They looked at (L-R) amyloid concentration, glucose metabolism, cerebral blood flow, functional activity and brain atrophy in 78 regions of the brain, covering all grey matter

The team will now look to determine the causes of each mechanism to improve research to develop treatments.

It is something that is limited only by how much computer power Big Data can provide.

‘This is a computational, mathematical challenge that goes beyond anything we’ve done so far,’ says Evans.

‘Our goal is to go to a high-level, causal modeling of the interactions amongst all of the factors of disease, but you need huge computational power to do that. It’s our job to be ready with the software, the algorithms, and the data while we wait for the hardware to appear.’

‘We still need more data-driven integrative studies, capable of considering all possible biological factors involved, as well as of clarifying the direct interactions among these factors,’ says Medina.

‘Without that, we cannot dream of effective treatments. We would continue to work in the dark.’

£24 test can diagnose cancer and Parkinson's with 86% accuracy