By Pat Hagan for the Daily Mail

Anyone about to have an operation is routinely warned about the risks but what patients are less likely to hear about are the surprising added benefits of going under the knife.

Research has revealed that many common procedures intended to treat one ailment may also have beneficial knock-on effects on other seemingly unrelated, ones.

Recently, for example, scientists at Dundee University and University College London discovered that women who have their appendix removed are more likely to become pregnant.

Researchers tracked more than 400,000 women of childbearing age over 15 years and found for every 100 pregnancies in women who still had their appendix, there were 134 in women who had them removed earlier in life. 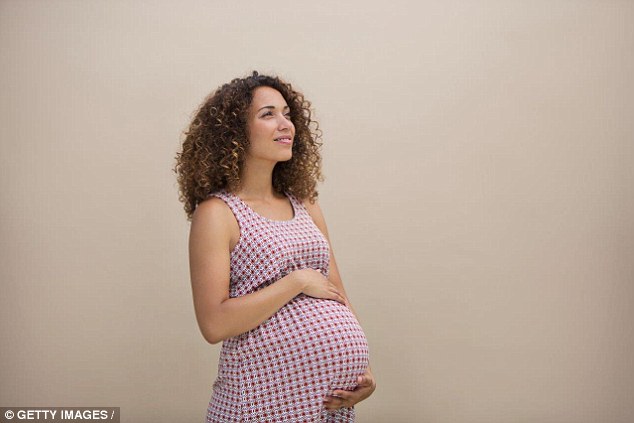 The most likely explanation is that repeated low-level infections in the appendix — the worm-like pouch, located to the right side of the tummy — trigger raised levels of inflammation throughout the body, including the womb.

Inflammation makes it harder for embryos to implant in the womb. However, taking out the appendix reduces the inflammation that may trigger fertility issues.

Previously medical students were taught appendectomy had a negative effect on women’s fertility because it was thought to lead to scar tissue forming around the fallopian tubes, where eggs travel.

‘But we found they are more likely to become pregnant and sooner than the rest of the population,’ explains consultant surgeon Sami Shimi, who took part in the study.

Here we look at some of the other common surgical procedures that bring unexpected benefits . . .

A cataract operation to replace a damaged lens with a new plastic one won’t just improve vision, it can also improve sleep patterns.

Cataracts are when the lens of the eye starts to become opague.

Normally, light enters the eye through the transparent cornea at the front and then passes through the lens and onto the light-sensitive cells in the retina at the back of the eye.

As we age, the lens loses some of its transparency so less light reaches the retina, making vision cloudy or blurry.

But this also disrupts the body’s circadian rhythm —the internal clock which regulates sleep/wake patterns that are controlled by sunlight hitting the retina. 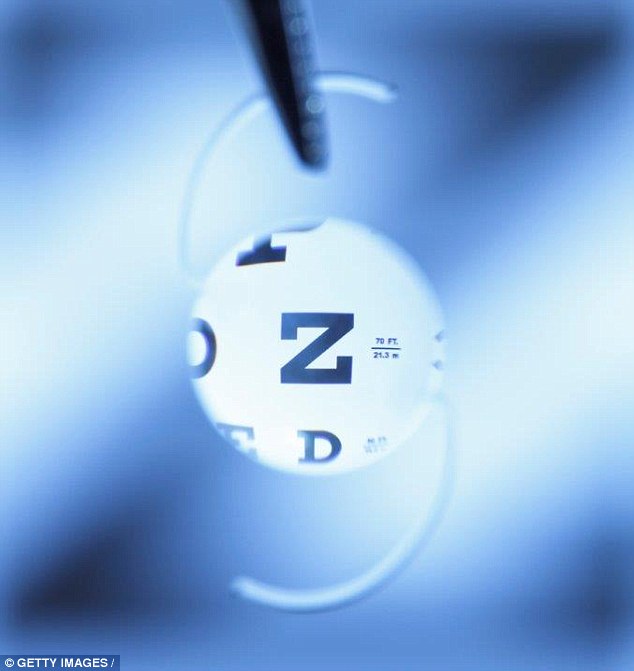 A cataract operation to replace a damaged lens with a new plastic one won’t just improve vision, it can also improve sleep patterns

Light controls the release of melatonin, a hormone released in the brain to get the body ready for sleep.

During the day, its production is usually suppressed by exposure to sunlight. As darkness falls, levels rise.

But cataracts means not enough light gets through the lens to alert the brain of this change from daylight to dusk. So there is not the increase in melatonin levels needed to make someone sleepy.

When ophthalmologists at John Radcliffe Hospital, Oxford, replaced 961 patients’ degraded lens with man-made implants they found it had a dramatic effect.

Half of the patients complained of poor sleep before the procedure, but one month after it, they were getting to sleep more quickly and sleeping for longer according to the results published in 2014 in the journal Visual Neuroscience.

The thousands who undergo weight loss or bariatric surgery each year can expect more than a reduced waistline: they may think more clearly.

Typically bariatric surgery involves either a gastric bypass — where part of the intestine is bypassed so fewer calories are absorbed — or gastric banding, where a band is used to shrink the size of the stomach so patients feel full more quickly.

The surgery has been found to help ‘cure’ Type 2 diabetes and reduce the risk of heart disease. But now research has found patients might also expect to find they remember things better. 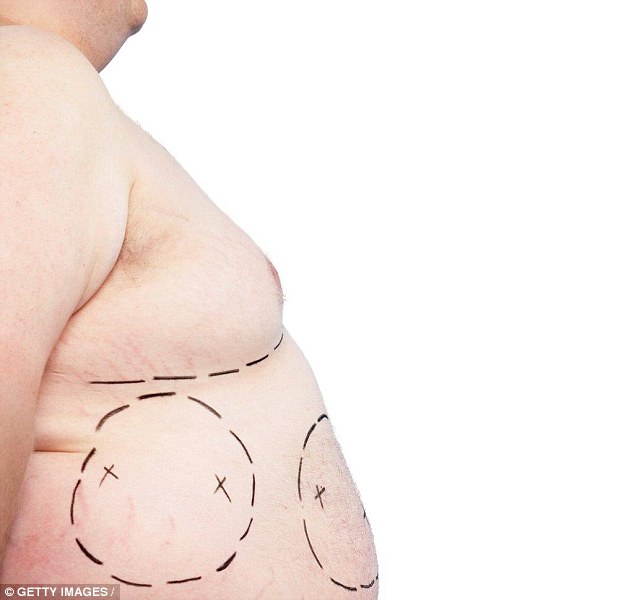 The thousands who undergo weight loss or bariatric surgery each year can expect more than a reduced waistline: they may think more clearly

A recent review of 18 studies by doctors at University Hospital of Wales in Cardiff, published in the journal Obesity Surgery, found the sudden and drastic weight loss triggered substantial improvements in memory, attention span and cognitive control (the ability to make decisions and change plans quickly according to circumstances).

Researchers said the most likely explanation is that the surgery reduces blood pressure AS A RESULT OF THEM being a lot slimmer.

High blood pressure, can damage tiny blood vessels in the head, reducing the flow of oxygen-rich blood to cells in the brain which need a constant supply of oxygen to stay healthy.

MIGRAINES BANISHED WITH AN EYE LIFT

Normally people choose to have their droopy eyelids operated on for cosmetic rather than medical reasons.

Yet a study in the Journal of Plastic and Reconstructive Surgery found the operation may banish migraines, too.

Nearly 9,000 men and women a year in the UK undergo blepharoplasty — surgery to correct droopy eyelids as a result of ageing.

Researchers from Louisiana State University tracked 30 women and five men who had the surgery for cosmetic purposes but who were also regularly plagued by migraines — 90 per cent saw their migraine attacks halve in frequency and a year after the surgery, 51 per cent said they were no longer suffering migraines at all. 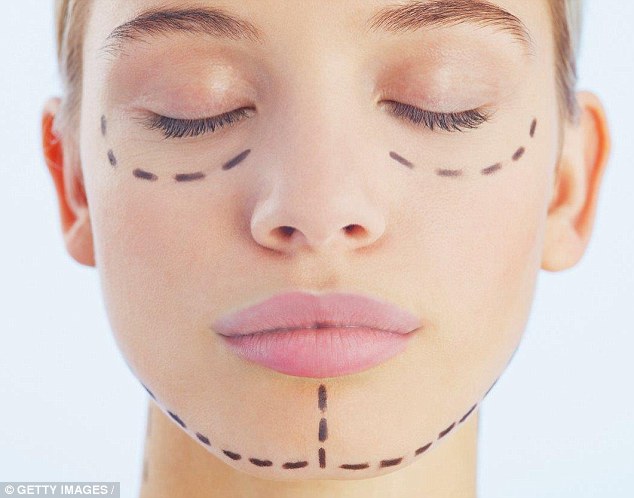 A study in the Journal of Plastic and Reconstructive Surgery found that a cosmetic eye lift operation may help to banish migraines, too

The surgery ‘lifts’ the sagging skin but during the process nerves in the eyelid which can trigger migraines are cut (the supraorbital and supratochlear nerves spark pain when they become compressed by surrounding muscle or bone).

Surgeon William Austen, who pioneered the technique at Massachusetts General Hospital in Boston, said: ‘No one is claiming that this is a cure for migraines but the results indicate it can make a big difference in the lives of patients.’

It sounds an unlikely solution for a chronic skin problem but surgery to remove tonsils is occasionally recommended to help with psoriasis.

That’s because recurrent tonsillitis — painful inflammation of the tonsils — is caused by the bacteria streptococcus A; this has a protein on its outer membrane which resembles a protein also found in skin cells.

When the immune system sends infection-fighting cells to attack the invading throat bacteria, they can also attack healthy skin cells by mistake, triggering psoriasis or a flare-up of it.

Yet not everybody who gets a sore throat gets psoriasis. Experts think those who do have genes more likely to produce the proteins involved. 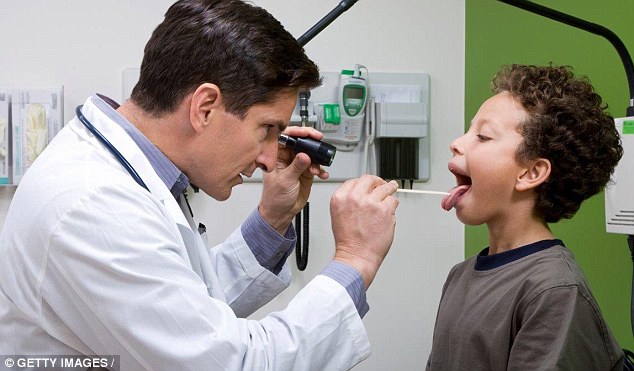 An estimated 80 per cent of those with guttate psoriasis — a form of the condition that leads to tear-shaped red patches on the abdomen, back, arms and legs — have suffered a Strep A throat infection in the two or three weeks before their skin erupted.

If they are then prone to repeat throat infections, their psoriasis can gradually get worse.

A 2012 study in the Journal of Immunology found that when 20 psoriasis sufferers who suffered frequent sore throats had their tonsils out there was a 50 per cent decline in the area of skin affected by the red blotches.

Professor Anthony Bewley, a consultant dermatologist at Barts and The Royal London Hospital says surgery is sometimes considered if patients have more than six or seven bouts of tonsillitis a year and their psoriasis flares up each time.

‘If they have their tonsils out their psoriasis can get better,’ he says. ‘It can clear and stay cleared in some people.’

NEW HIP CAN GIVE A BOOST IN THE BEDROOM

Doctors at the Lennox Hill Hospital, New York, found 90 per cent of male and female patients reported that their sex life improved after having a hip replacement. 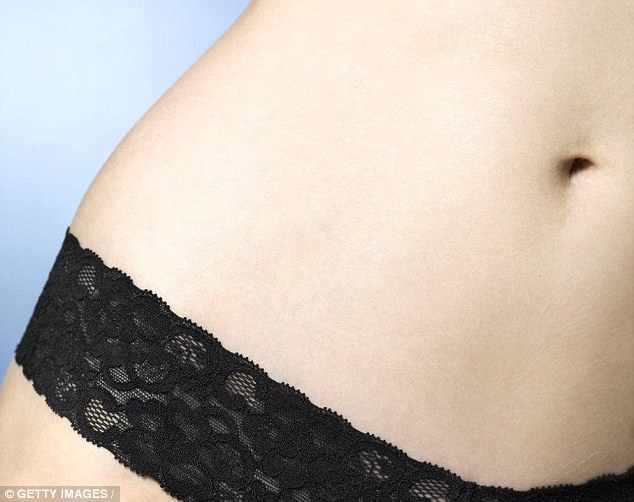 Doctors at the Lennox Hill Hospital, New York, found 90 per cent of male and female patients reported that their sex life improved after having a hip replacement

They recruited 147 patients due to undergo a total hip replacement and quizzed them about their sex life both before their scheduled operation and six months after the surgery.

Prior to the procedure, more than two-thirds complained that pain from their damaged hip put them off sex, almost half said they had reduced libido and 14 per cent said even when they tried sex, it was agony.

But six months after the replacement surgery, 40 per cent were having sex more frequently and a similar number said it was also lasting longer (because of less pain and more mobility).