By Sonia Yun Liu For The Conversation

Most people tucking into a roast chicken dinner would like to think of it living a happy life, roaming freely until its time came to be food.

But while this may be true of free range poultry, what happens to the cheaper options in the supermarket has been debated for some time.

Sonia Yun Liu, a lecturer in poultry nutrition from the University of Sydney, often gets asked various questions once people find out what she does for a living.

Some of the most popular talking points include whether chickens are fed hormones or genetically engineered and if free range chickens really do taste better?

Here, writing for The Conversation, she reveals the key facts about the chicken and eggs on your table. 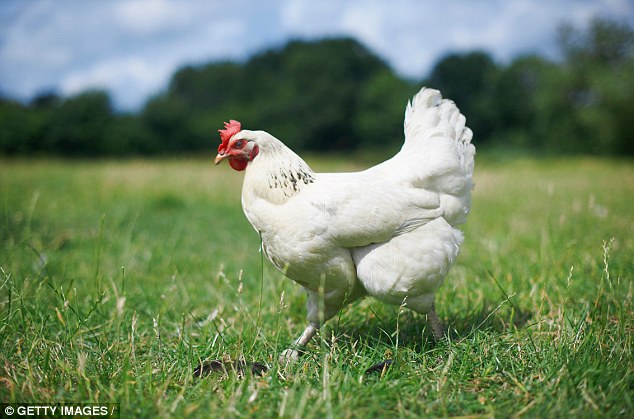 The meat and egg industries have different requirements, and use different breeds of bird. The only eggs produced in the meat industry are those needed to produce the next generation of chickens

SHOULD YOU BUY HORMONE-FREE CHICKEN?

The truth is no chickens or eggs produced in Australia (or the UK) contain added hormones, and they have not been given hormones for decades.

Independent tests by the Department of Agriculture, Fisheries and Forestry confirm Australian chicken meat is free of added hormones.

Not that it would be easy to give them hormones anyway. Growth hormones are proteins similar to insulin used to treat diabetes. 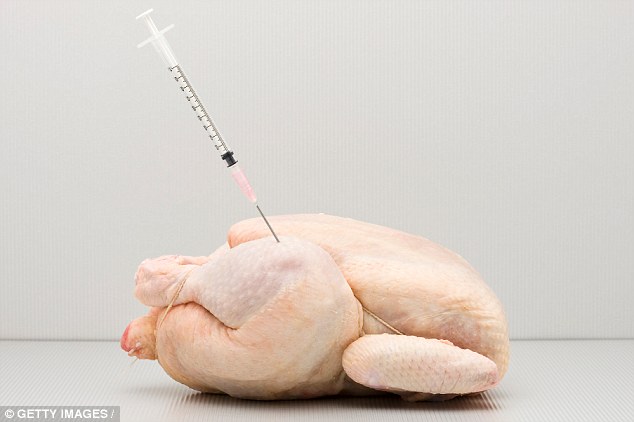 The truth is no chickens or eggs produced in Australia contain added hormones, and they have not been given hormones for decades

Like insulin, they can only be injected into the body because they are broken down in the digestive tract.

Therefore, it is pointless to provide chickens growth hormones in their food because they would be rendered ineffective.

And given a typical commercial shed may accommodate 40,000 to 60,000 birds per shed, it is simply logistically impossible to inject hormones into each chicken.

Our chickens are not genetically modified, and their genes have not been altered artificially.

Modern meat chickens grow more quickly and are more ‘meaty’ than chicken breeds available decades ago due to selective breeding and optimal nutrition.

They are selected as the parents for the next generation in the breeding program, and this process being repeated over many generations.

In the 1960s, the goal of selective breeding in meat chickens was simply increased growth rate and increased meat production.

Nowadays, the focus has changed from growth and yield to a broad spectrum of outcomes, with a clear emphasis on improving animal welfare, reproduction and overall fitness. 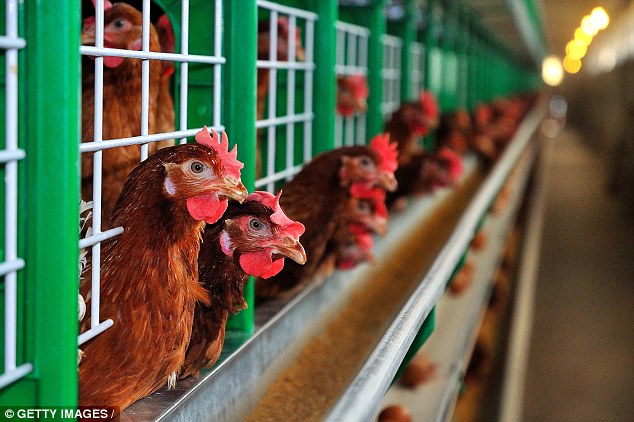 Not always. In fact, free range chickens are more likely to catch diseases, get injured and die earlier than those kept inside.

In the UK, free range egg layers have a mortality rate of eight to 10 per cent, which is far higher than caged hens’ death rate of two to four per cent.

The contact between free range chickens and wild birds also increases the risk of spreading bird flu – and birds can die from over-consuming grass. 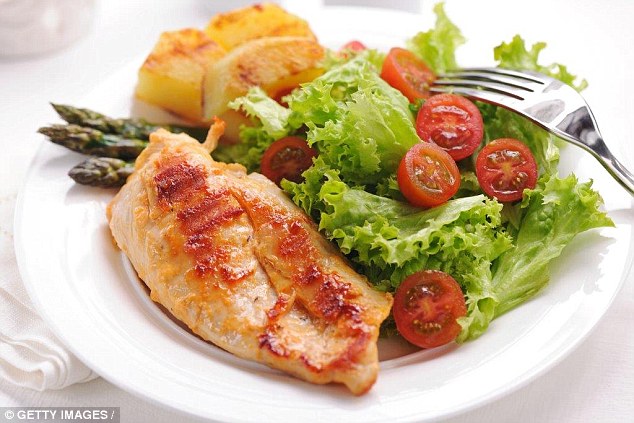 Cannibalism can also happen in egg layers and it is a big challenge for free range egg production systems in particular.

We always assume animals behave in a civilised manner.

But the fact is free range layer hens may peck each other to death.

Cannibalism in poultry is part of their natural behaviour and, unfortunately, it has proven difficult to get rid of.

There is very little data supporting the idea free range or organic chickens actually taste better than conventionally farmed ones.

Commercial meat chickens do not tend to like running around, as they were selected to maximise their growth.

HOW ARE COMMERCIAL CHICKENS REARED?

All commercial meat chickens are kept in large poultry sheds on litter floors, covered with things like rice hulls or wood shavings.

They are not kept in cages.

Additionally, some meat chickens also have access to the outdoors, such as those often referred to as either free-range or organic.

A simple comparison is shown below.

WHY ARE SOME MEAT CHICKENS YELLOW IN COLOUR?

In some cultures, chickens with yellow fat and skin are considered to be better quality. However, this is not true.

The yellowness of the skin, fat and egg yolk depends on the level of beta carotene in the diets.

So those yellow chickens are fed with a corn-based diet, which is higher in beta carotene.

ARE MEAT AND EGG LAYING CHICKENS THE SAME BREED?

The meat and egg industries have different requirements, and use different breeds of bird.

The only eggs produced in the meat industry are those needed to produce the next generation of chickens.

The egg industry houses their hens quite differently and uses very different breeds of chickens, which are bred selectively over many generations to exhibit optimal egg-producing characteristics.

The common breeds of laying hens in Australia are the Hyline Brown and the Isa Brown.

WHY ARE SOME EGGS WHITE AND OTHERS BROWN?

The colour of eggshells is the result of pigments being deposited during egg formation. The type of pigment depends upon the breed and is genetically determined.

To get a hint about the egg colour, look at the colour of the chicken’s ear lobes. 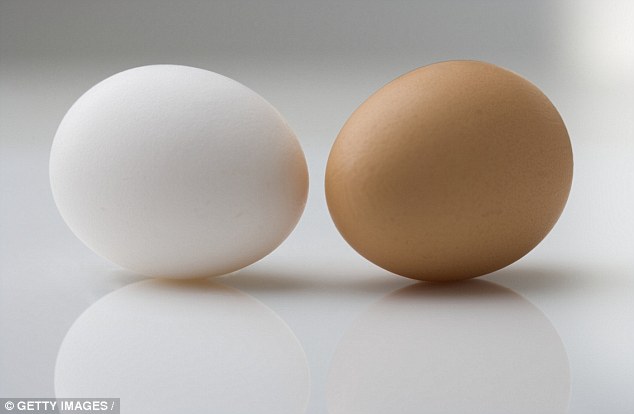 In Australia, brown eggs are preferred, whereas in the US and Japan, people prefer white eggs. The nutritional value of the egg only depends on the chickens’ diet, not its colour

In Australia and parts of Asia, brown eggs are preferred, whereas in the US and Japan, people prefer white eggs.

The nutritional value of the egg only depends on the chickens’ diet, not the system of production or the colour of the egg shell.

For example, it has been shown that vitamin D-enhanced eggs can be produced if the diet is supplemented with high level of an active form of the vitamin.

WHAT TYPES OF CHICKENS DO RESTAURANTS USE?

It is often difficult to tell.

Restaurants vary in the chickens they use. If you prefer a particular type of chicken, be sure to ask before you order. 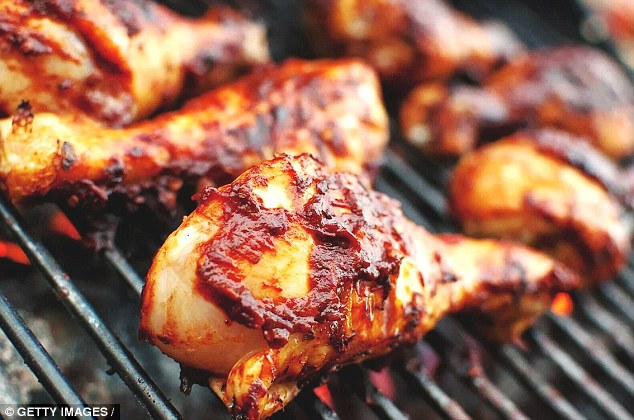