A leading Aids charity has won a High Court battle over whether a preventative treatment for HIV should be funded by the NHS.

The decision has sparked a row among campaigners who believe it might lead to irresponsible sexual behaviour.

The debate relates to pre-exposure prophylaxis (PrEP), a ‘highly effective’ anti-retroviral drug which stops the virus being transmitted between partners where one is HIV-positive.

It has been called a ‘game-changer’ by Aids charities as when taken consistently, PrEP has been shown to reduce the risk of HIV infection in people who are at high risk by more than 90 per cent.

However, studies show condom use falls among men taking the drugs – and critics suggest it will encourage promiscuity and ‘risky lifestyles’.

The once-a-day pill costs around £400 a month per person, and works by stopping the virus multiplying – so it can’t be transmitted.

Today, Mr Justice Green, sitting in London, ruled in favour of the National Aids Trust (NAT) who brought a challenge against NHS England. 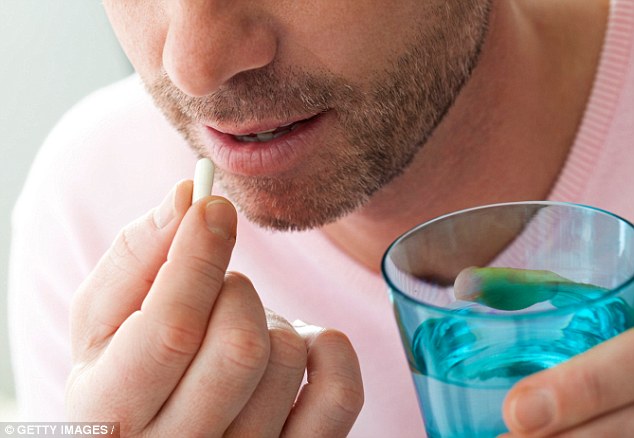 NHS England has long argued it did not have the power to fund the treatment because it was a preventative drug.

However,  the drug is currently used in America, Canada, Australia and France, protecting the most at-risk gay men.

He said: ‘If this drug is ultimately made available on the NHS we think there is a danger it will end up promoting promiscuity and more hedonistic, but risky lifestyles.

‘We would have very real concerns therefore that making Prep more available will have unintended consequences.

He continued: ‘It would be tragically naïve to assume Prep will reduce the risk of other sexually transmitted diseases when that will not necessarily be the case.

‘At the very least we would urge a healthy degree of scepticism about whether or not the drug really will prove a ‘game changer’ as some are claiming.’

WHAT IS PRE-EXPOSURE PROPHYLAXIS?

Pre-exposure prophylaxis, or PrEP, is a way for people who do not have HIV but who are at substantial risk of getting it to prevent HIV infection by taking a pill every day.

The pill (brand name Truvada) contains two medicines (tenofovir and emtricitabine) that are used in combination with other medicines to treat HIV.

When someone is exposed to HIV through sex or injection drug use, these medicines can work to keep the virus from establishing a permanent infection.

When taken consistently, PrEP has been shown to reduce the risk of HIV infection in people who are at high risk by up to 92per cent.

PrEP is much less effective if it is not taken consistently.

PrEP is a powerful HIV prevention tool and can be combined with condoms and other prevention methods to provide even greater protection than when used alone.

But people who use PrEP must commit to taking the drug every day and seeing their health care provider for follow-up every three months.

She said: ‘Of course, it is important that we protect people and seek cures from disease.

‘However the real challenge here is the underlying behaviour and lifestyle which is risky and damaging to good health and proper relationships.’

But other HIV charities said while the majority of gay men use condoms to prevent being infected with HIV, there is also an ‘ethical duty’ to provide PrEP to those who do not.

The NHS in Wales, Scotland and Northern Ireland have not made a decision on whether to fund PrEP yet.

Mr Justice Green ruled NHS England is legally able to fund the drug – and had ‘erred’ in deciding it had ‘no power or duty’ to do so.

The health body said PrEP will now go through a process to decide whether it will be routinely prescribed.

A row erupted earlier this year after NHS England said it would not fund PrEP.

In March, the body decided the treatment was a preventative service and was therefore not its responsibility.

It has said local councils are in charge of funding preventative health services.

However, NHS England agreed to a re-evaluation after the NAT launched a legal challenge.

Then in May it said it had ‘considered and accepted NHS England’s external legal advice that it does not have the legal power to commission PrEP’, and that under 2013 regulations ‘local authorities are the responsible commissioner for HIV prevention services’.

It said if it prioritised PrEP there was the risk of a legal challenge from proponents of other ‘treatments and interventions that could be displaced by PrEP’.

The NAT, an independent charity, challenged the May 31 decision to ‘exclude’ PrEP from consideration by NHS England’s Clinical Priorities Advisory Group ‘as part of its annual commissioning process’.

It argued the body does have the legal power to commission the drug. 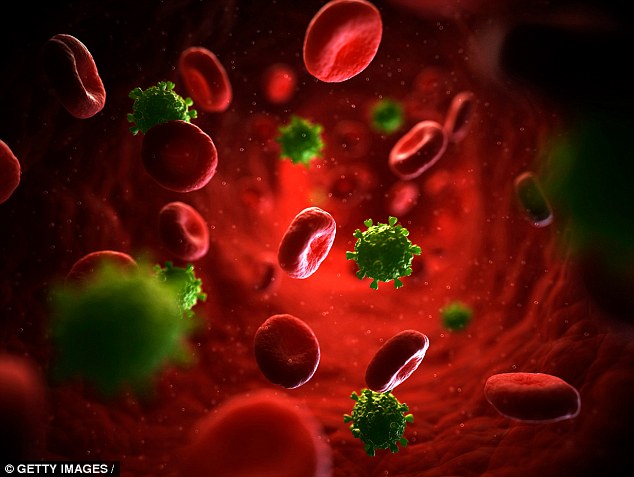 The once-a-day pill costs around £400 a month per person, and works by stopping the virus multiplying – so it can’t be transmitted between partners. Pictured, an artwork of the virus

‘But one governmental body says it has no power to provide the service and local authorities say they have no money.

‘The claimant is caught between the two and the potential victims of this disagreement are those who will contract HIV/Aids but who would not were the preventative policy to be fully implemented.

‘In my judgment the answer to this conundrum is that NHS England has erred in deciding that it has no power to commission the preventative drugs in issue.’

He added NHS England has ‘mischaracterised the PrEP treatment as preventative when in law it is capable of amounting to treatment for a person with infection’.

The French IPERGAY study revealed the drugs were effective in preventing HIV even when used intermittently.

However, condom use declined among those taking the treatment.

The study looked at 332 people split into four groups.

The majority – 54 per cent – took their PrEP medication regularly but used condom infrequently.

The second group – 23.5 per cent) took their drugs and used condoms regularly.

Around 16 per cent did not adhere to their PrEP course and did nto use condoms frequently.

And 6.5 per cent did not take their drugs regularly but did use condoms.

This suggests only a small subset of the group use a combination of PrEP and condoms to prevent infection.

Another study by Kaiser Permanente found condom use fell in 41 per cent of men taking PrEP.

In any event, NHS England had the power to commission preventative treatments because that facilitated, or was incidental to, ‘the discharge of its broader statutory functions’.

The judge gave NHS England permission to appeal against his ruling to the Court of Appeal.

Dr Jonathan Fielden, NHS England’s director of specialised commissioning and Deputy National Medical Director, said there would be an appeal against the conclusions reached by the judge as to the scope of NHS England’s legal powers under the National Health Service Act 2006.

Dr Fielden added: ‘In parallel with that we will set the ball rolling on consulting on PrEP so as to enable it to be assessed as part of the prioritisation round.

‘Of course, this does not imply that PrEP – at what could be a cost of £10-20 million a year – would actually succeed as a candidate for funding when ranked against other interventions.

‘But in those circumstances, Gilead – the pharmaceutical company marketing the PrEP drug Truvada – will be asked to submit better prices, which would clearly affect the likelihood that their drug could be commissioned.’

Studies show condom use does fall in men taking PrEP.

Matthew Terrell, writer and gay activist told Huffington Post he talks with men on gay dating apps Grindr and Scruff who say they no longer use condoms because they are taking the drugs.

He said: ‘Please stop using this pill as a license to engage in unprotected sex.

‘You are going to wreak havoc on the sexual health of our community, and you are turning one of the greatest medical advances of our times into an expensive sex toy.’ 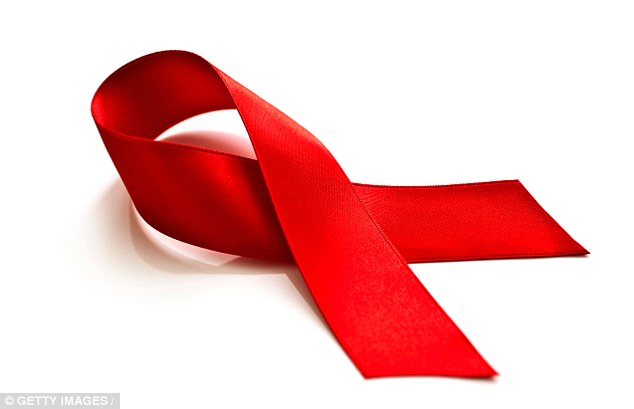 PrEP has been called a ‘game-changer’ by campaigners as when taken consistently, it has been shown to reduce the risk of HIV infection by more than 90 per cent

Charities said would provide an additional defence against HIV – and would not be used simply as an alternative to safe sex.

It comes after the results of a trial, published in February 2015, suggested that rates of HIV infection could be slashed by treating actively gay men with the anti-viral drug when they are healthy.

Dr Michael Brady, medical director at the HIV/Aids charity Terrence Higgins Trust, welcomed the findings and described the drug as ‘a game-changer’.

He said PrEP offered ‘another line of defence’ against HIV, alongside condoms and regular testing.

Dr Brady said: ‘It is not a vaccine and it won’t be for everyone, but, once approved, we expect it to significantly increase the momentum in our fight against the virus.

‘We urge the Government, NHS England and local authorities to make PrEP a key priority in the fight against HIV.’ 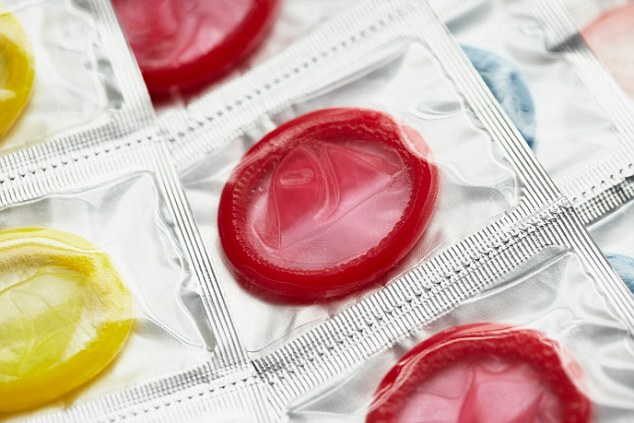 The LGA’s community well-being portfolio holder, Izzi Seccombe, welcomed the High Court’s decision, saying: ‘We are pleased that today’s ruling confirms our position that NHS England has the power to commission the HIV treatment PrEP.

‘During the transition period to the implementation of the NHS and Care Act 2010, NHS England sought to retain commissioning of HIV therapeutics, which the PrEP treatment clearly falls into.

‘We therefore believe that it is, and should remain, an NHS responsibility.

‘Councils have invested millions in providing sexual health services since taking over responsibility for public health three years ago, and we look forward to continuing to work with NHS England to determine how PrEP could be introduced across the country, and reduce the risk of HIV infection.

‘We hope NHS England now works without further delay to bring this matter forward to decide whether PrEP should be commissioned.’

The 15 foods scientists claim will ward off hunger pangs