Smoking is the number one preventable cause of death the world over – linked to various cancers, heart disease and respiratory problems.

But one if its key ingredients could play a vital role in helping to prevent obesity, a study has found.

Nicotine, found widely in both tobacco and e-cigarettes, could also protect the onslaught of Alzheimer’s or Parkinson’s disease, scientists claim.

It is believed the drug – when taken independently – protects the brain as it ages by suppressing the desire to eat.

This allows people to consume less food and not put on as much weight – preventing the organ from shrinking as fast of someone obese.

But experts say smoking should still be avoided as it results in a vast array of health problems which outweigh the benefits. 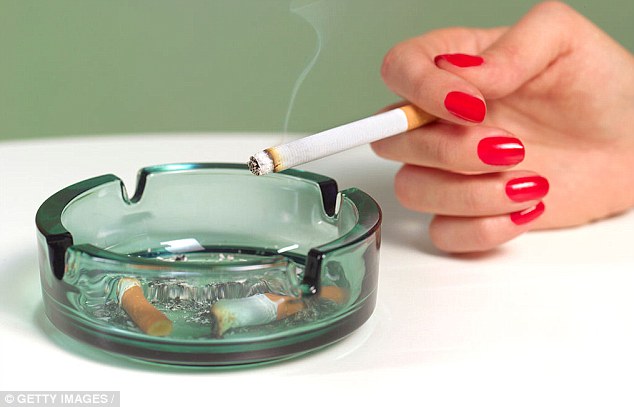 When taken independently, nicotine – found in tobacco products – protects the brain as it ages by suppressing the desire to eat, scientists believe. But experts say smoking should still be avoided as it results in a vast array of health problems which outweigh the benefits of the drug

‘Even if these weren’t very preliminary results, smoking results in so many health problems that any possible benefit of the nicotine would be more than cancelled out.

‘However, smoking is only one possible route of administration of the drug, and our work shows that we shouldn’t write-off nicotine completely.

‘Although the results are intriguing, we would need large-scale clinical trials before suggesting anyone change their behaviour.

‘At the end of the day, we haven’t proven that this addictive drug is safe – and it certainly isn’t during childhood or adolescence – or the benefits outweigh the potential risks.’ 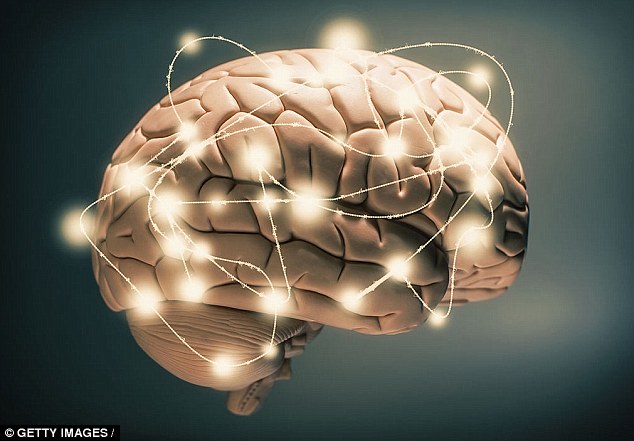 The two groups that received nicotine at low and medium doses didn’t show any levels of the drug in their blood.

They also experienced no changes in food intake, body weight or number of receptors in the brain.

Obese people’s brains age more rapidly than those of thinner people, research by the University of Cambridge found.

The brains of middle aged obese people displayed differences in white matter similar to those in leaner individuals 10 years older.

White matter is the tissue that connects areas of the brain and allows information to be communicated between regions.

Human brains naturally shrink with age, but scientists are increasingly recognizing that obesity may also affect the onset and progression of brain ageing.

But in contrast, the group receiving the highest concentration ate less, gained less weight and had more receptors.

Even at high doses, the drug had no behavioral side effects like making individuals more anxious, they found.

‘The last thing you would want in a drug that is given chronically would be a negative change in behaviour.’

Although early results indicate nicotine can keep older individuals from gaining weight, it has yet to be determined whether this translates into less brain degeneration.

It is also unclear if nicotine’s effects are related only to its ability to suppress appetite, or if there are more mechanisms at work.

I had a colleague in office. He claims that he gets up and go down to smoke 10 times a day thus does lot of walking and stair climbing which he would not done otherwise. ( So every smoker has a positive excuse) which should not be used.

We should strive to quit smoking. will power will not work here. however you can try hypnosis which has helped number of people quit bad habits.

‘The research was published in the Open Access Journal of Toxicology.