By Imogen Blake For Mailonline

We all know sugar is bad for us – and yet we still can’t resist the lure of a sugary snack or fizzy drink.

Many of us are addicts without even knowing it, while the NHS estimates that children eat three times as much of the white stuff as they should.

But with so many facts and figures sweeping the web, what is the truth behind the health hype?

In a Channel 4 hour-long special tonight, Jimmy ‘Jimmy’s Farm’ Doherty, Matt Tebbutt and Kate Quilton will try to separate the sugar facts from the fiction. 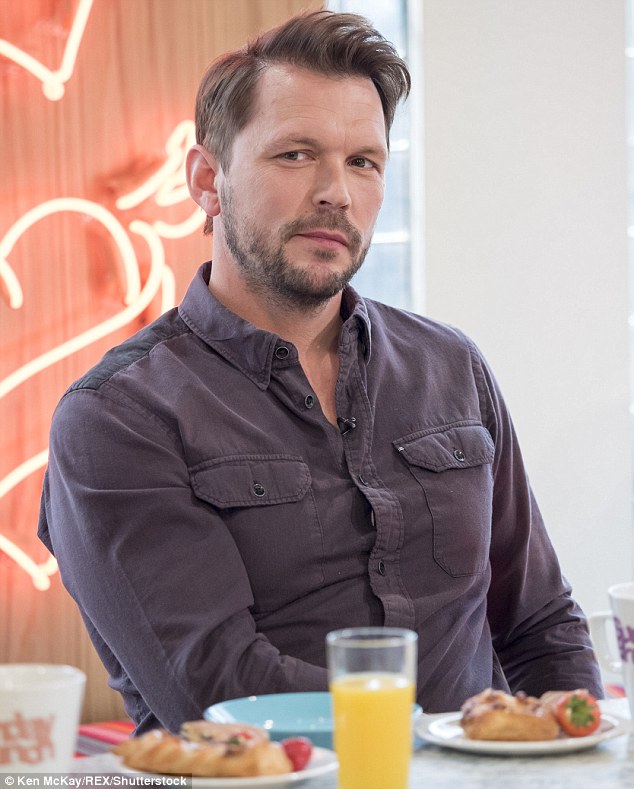 Part of the Food Unwrapped series, The Truth About Sugar will explore whether trendy natural sugar alternatives such as agave sugar are any healthier, and the difference between the brown and white varieties.

The presenters will also test a pioneering theory which can allow you to enjoy sugar without the calories – by just swilling it around your mouth before spitting it out.

In advance of the programme’s airing tonight at 8pm, FEMAIL has rounded up and debunked the biggest sugar myths.

SUGAR IS ALWAYS BAD FOR YOU 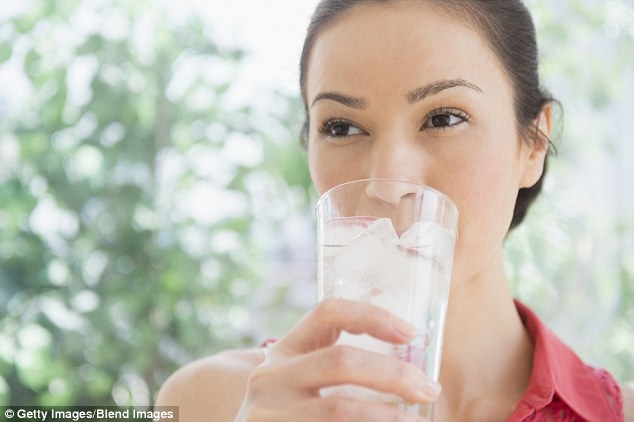 Sugar isn’t always bad for you – it can save lives of children across the world by being used to make an oral rehydrating solution, pictured, for when youngsters are ill

Incorrect. We should all try to eat and drink less sugar, but it’s not always the antichrist it’s made out to be.

The World Sugar Research Organisation (WSRO) reports that sugar can be used to make an oral rehydration solution to help children from becoming dehydrated when they fall ill with diarrhoea or vomiting, particularly in developing countries.

‘The effective use of ORS saves millions of lives around the world each year,’ according to the WSRO.

A typical recipe is to combine 1 litre of water, 8 teaspoons sugar and ½ teaspoon of salt. 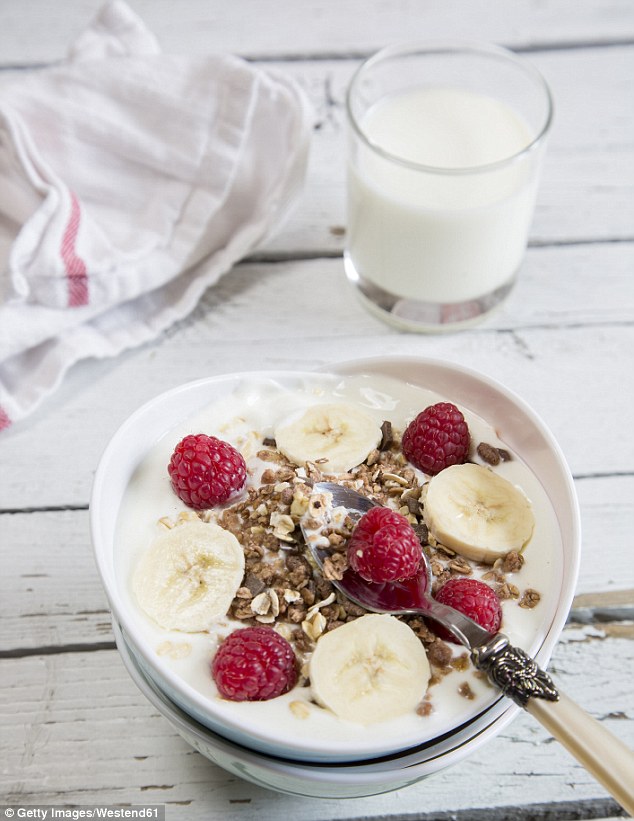 Plain yoghurt, pictured topped with fruit, and milk, above in a glass, may contain sugars but these are naturally occurring, and form part of a balanced diet

False. If you’re trying to cut down on the amount of sugar you eat in a day, there’s no need to eliminate plain yoghurt and milk from your diet.

Though they both contain sugars, these are naturally occurring and form part of a balanced diet.

It’s just added or free sugars you need to limit – and this doesn’t just mean the spoonful you add to your tea.

Honey, syrup and fruit juice nectars all count as free sugars, which the government says shouldn’t make up more than 5 per cent of the energy you get from food and drink each day. 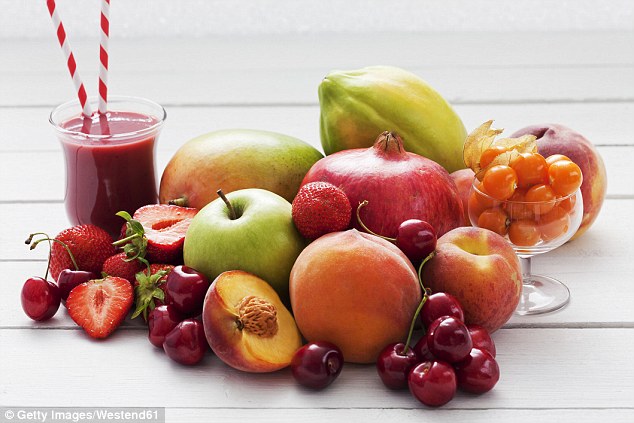 The NHS recommends to eat fruit whole, rather than blended or juiced, pictured left

Ignore. For the same reason as yoghurt and milk, feel free to continue to eat whole fruit.

Though many fruit contain a lot of sugar, they are naturally occurring and less likely to cause tooth decay because the sugars are contained within the structure of the fruit.

It’s only when sugars are released that it could cause teeth issues, says the NHS.

Fruit also contains plenty of vitamins and minerals and are a great source of fibre, so they shouldn’t be restricted in your diet.

SMOOTHIES AND FRUIT JUICES ARE GOOD FOR YOU 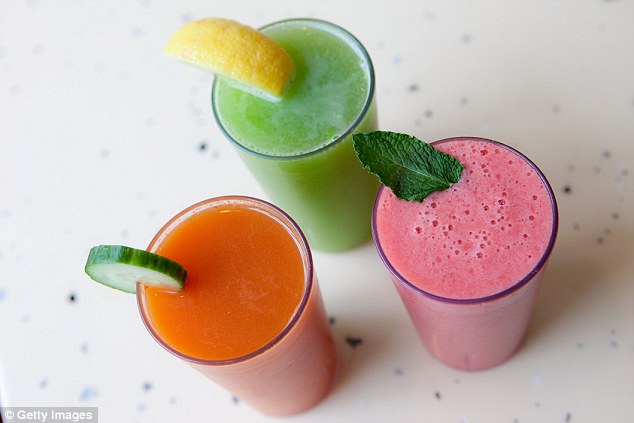 Juicing fruit for juices or smoothies, pictured, releases the sugars found in fruit, which can cause tooth decay 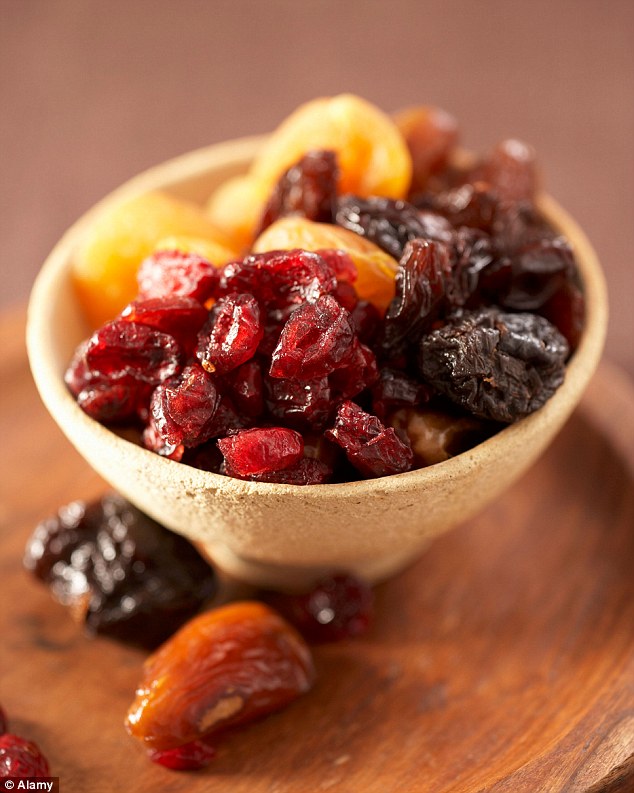 Dried fruit releases sugars inside the fruit and can stick to your tooth, which means it’s more likely to cause tooth decay

Though whole fruit are always good for you, fruit smoothies and juices are less so.

When fruit is juiced or blended, the sugars inside are released and can cause some serious damage to teeth.

And the more you drink in a day, the worse it is for your pearly whites.

The NHS recommends limiting fruit juice to a small 150ml glass a day, and to keep it for mealtimes to reduce the impact of tooth decay.

It also advises to avoid ‘juice drinks’ as they are unlikely to count towards your five a day goal and can be very high in sugar.

Experts also advise people to avoid eating too much dried fruit as it can release sugars and stick to teeth, causing decay. 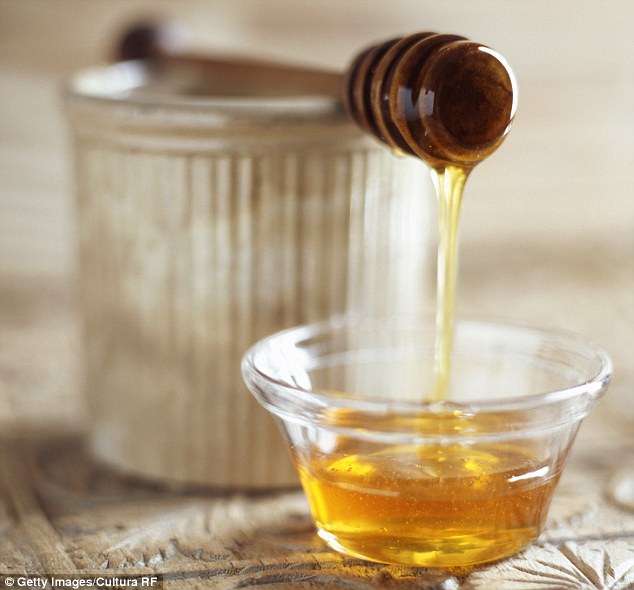 Natural sugar alternatives, such as honey, pictured, are still high in sugar, while any additional health benefits are limited as they are often used in very small quantities

Replacing refined sugars with natural alternatives such as agave nectar, maple syrup and honey is all the rage – but are they really any better for you?

Opinions vary on the subject, but these natural sweeteners are high in sugar and still need to be used as sparingly as refined sugars, says Greatist.com.

Agave syrup and honey in particular are more calorific than processed sugar, though they do contain more antioxidants and nutrients than the bleached variety.

But your body will hardly feel the effects of the health benefits you get from the natural alternatives as they are used in such small quantities.

Having said that, sugars which are high in fructose, such as agave syrup, are less likely to cause blood sugar spikes.

But the downside of high fructose content is that it places much more pressure on the liver, which turns sugars into fat when it is overloaded.

FOOD IS BORING WITHOUT SUGAR 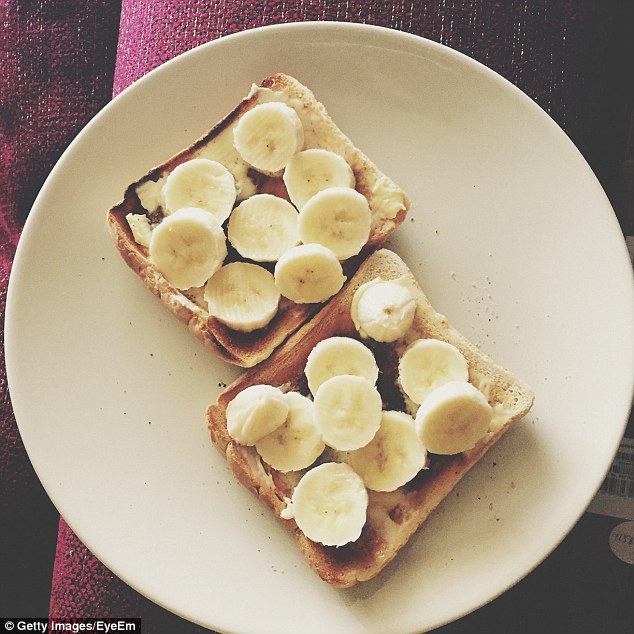 It doesn’t have to be. Try swapping the jam, marmalade or honey you might spread on your toast for a lower-fat spread, sliced banana or low-fat cream cheese instead, says the NHS.

Another simple trick is to halve the amount of sugar in recipes – most of the time you won’t even notice it’s missing (though this won’t work for jam, meringue and ice cream).

And if you’re buying tins of fruit, opt for slices in juice rather than sugar syrup.