By Dr Christian Yates For The Conversation

When we were children, the summer holidays seemed to last forever, and the wait between Christmases felt like an eternity.

So why is it that when we get older, the time just seems to zip by, with weeks, months and entire seasons disappearing from a blurred calendar at dizzying speed?

This apparently accelerated time travel is not a result of filling our adult lives with grown-up responsibilities and worries.

Research does in fact seem to show that perceived time moves more quickly for older people making our lives feel busy and rushed.

There are several theories which attempt to explain why our perception of time speeds up as we get older. 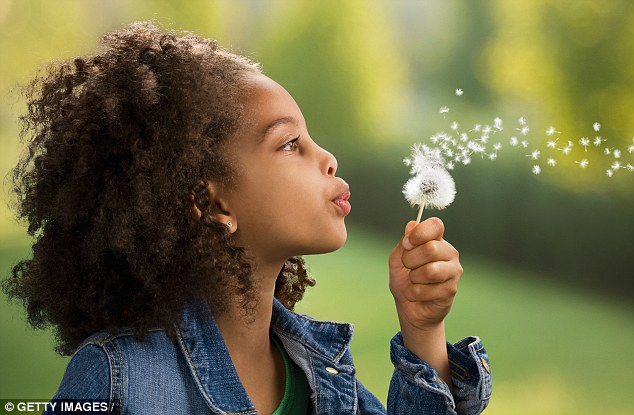 Time zips past when we are a child but seems to grind to a halt as we age. Dr Christian Yates, a maths lecturer at the University of Bath says there are biological reasons for this (file pic)

OUR METABOLISM SLOWS AS WE AGE

One idea is a gradual alteration of our internal biological clocks.

Another theory suggests that the passage of time we perceive is related to the amount of new perceptual information we absorb.

With lots of new stimuli our brains take longer to process the information so that the period of time feels longer.

This would help to explain the ‘slow motion perception’ often reported in the moments before an accident.

The unfamiliar circumstances mean there is so much new information to take in. 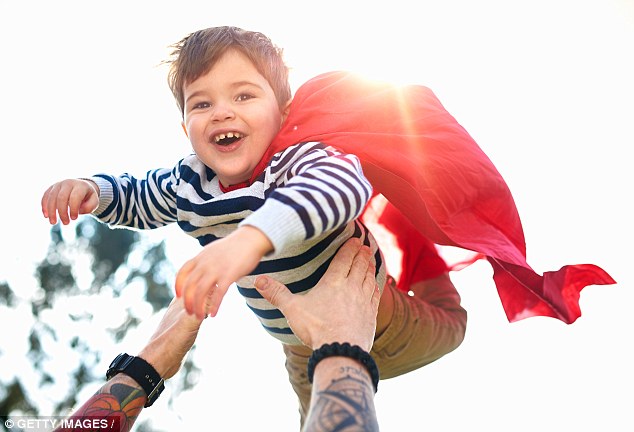 The passage of time we perceive is related to the amount of new perceptual information we absorb. With lots of new stimulii – such as when we are a child and everything is new – our brains take longer to process the information so that the period of time feels longer (file pic)

In fact, it may be that when faced with new situations our brains record more richly detailed memories, so that it is our recollection of the event that appears slower rather than the event itself.

This has been shown to be the case experimentally for subjects experiencing free fall.

But how does this explain the continuing shortening of perceived time as we age?

The theory goes that the older we get, the more familiar we become with our surroundings.

We don’t notice the detailed environments of our homes and workplaces.

For children, however, the world is an often unfamiliar place filled with new experiences to engage with. 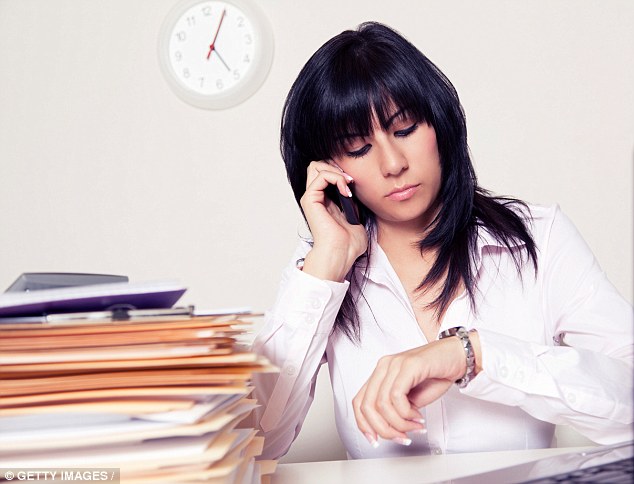 The older we get, the more familiar we become with our surroundings, and this makes our perception of time speed up (file photo)

This means children must dedicate significantly more brain power re-configuring their mental ideas of the outside world.

The theory suggests that this appears to make time run more slowly for children than for adults stuck in a routine.

So the more familiar we become with the day-to-day experiences of life, the faster time seems to run, and generally, this familiarity increases with age. 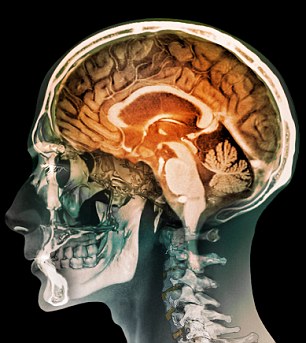 From our 20s, levels of the chemical dopamine drop in the brain. This affects how we perceive time

The biochemical mechanism behind this theory has been suggested to be the release of the neurotransmitter dopamine upon the perception of novel stimuli helping us to learn to measure time.

Beyond the age of 20 and continuing into old age, dopamine levels drop making time appear to run faster.

But neither of these theories seem to tie in precisely with the almost mathematical and continual rate of acceleration of time.

The apparent reduction of the length of a fixed period as we age suggests a ‘logarithmic scale’ to time.

Logarithmic scales are used instead of traditional linear scales when measuring earthquakes or sound.

Because the quantities we measure can vary to such huge degrees, we need a wider ranging measurement scale to really make sense of what is happening. The same is true of time. 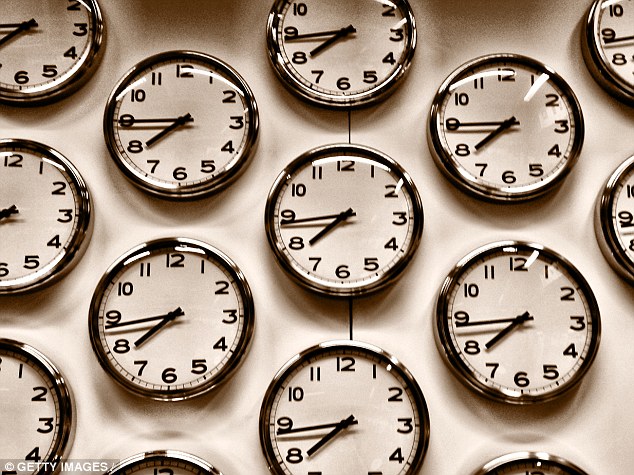 Time isn’t measured on a linear scale with the perception of the length of a fixed period decreasing as we age, Dr Yates said

On the logarithmic Richter Scale (for earthquakes) an increase from a magnitude ten to 11 doesn’t correspond to an increase in ground movement of 10 per cent as it would do in a linear scale.

Each increment on the Richter scale corresponds to a ten-fold increase in movement.

A YEAR IS HALF A TWO-YEAR OLD’S LIFE

But why should our perception of time also follow a logarithmic scaling?

The idea is that we perceive a period of time as the proportion of time we have already lived through. 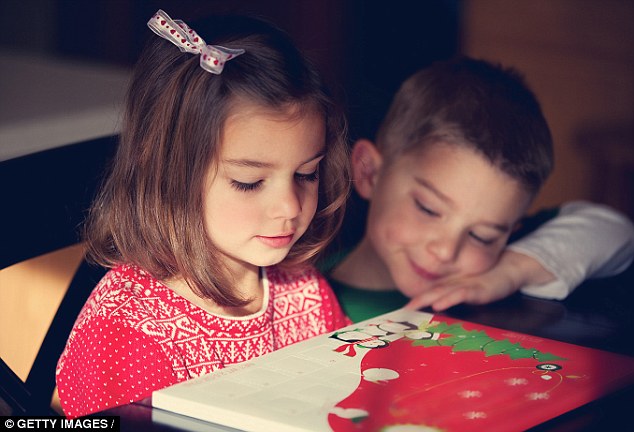 We perceive a period of time as the proportion of time we have already lived through. The time between Christmases is longer for children as it is a bigger proportion of their life so far

To a two-year-old, a year is half of their life, which is why it seems such an extraordinary long period of time to wait between birthdays when you are young.

To a ten-year-old, a year is only 10 per cent of their life, (making for a slightly more tolerable wait), and to a 20-year-old it is only 5 per cent.

On the logarithmic scale, for a 20-year-old to experience the same proportional increase in age that a two-year-old experiences between birthdays, they would have to wait until they turned 30.

Given this view point it’s not surprising that time appears to accelerate as we grow older.

We commonly think of our lives in terms of decades – our 20s, our 30s and so on – which suggests an equal weight to each period. 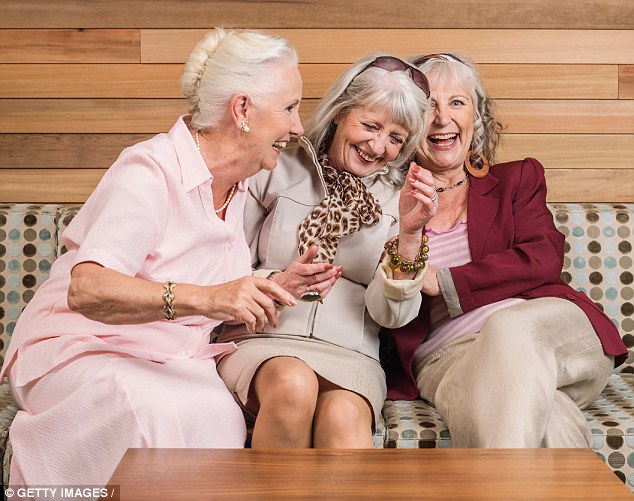 Dr Yates said: ‘Time flies, whether you’re having fun or not. And it’s flying faster and faster every day’ (file photo)

However, on the logarithmic scale, we perceive different periods of time as the same length.

So get busy. Time flies, whether you’re having fun or not. And it’s flying faster and faster every day.

20 Small Habits That Will Help You Live A Wonderful Life

importance of curiosity in education