A 12-year-old almost died after a birthmark on her brain popped ‘like a balloon’.

Rachel Cunningham spent 23 days in a medically-induced coma after collapsing at school having complained of a headache.

She is now battling to walk and talk again following the catastrophic bleed on her brain.

Her parents explained how she was walking between classes at school when she suddenly vomited, collapsed and stopped breathing.

School friends alerted teachers, who called 999 and she was rushed to Lewisham hospital Accident and Emergency.

There, she was given an emergency CT scan, revealing the massive brain haemorrhage. 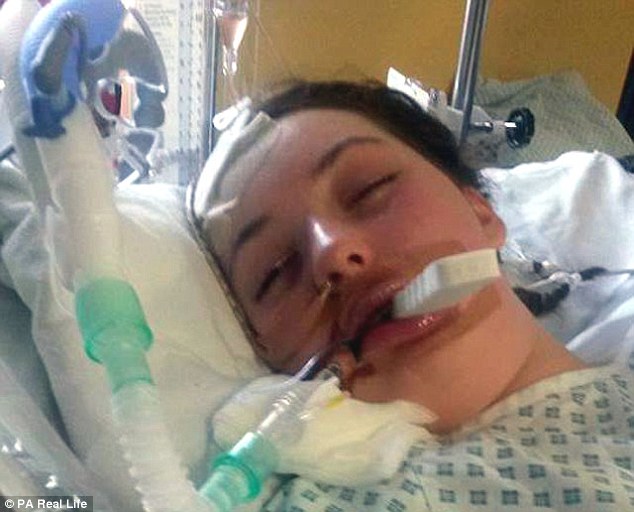 Rachel Cunningham, 12, uffered a massive brain haemorrhage and needed emergency surgery at King’s College Hospital in London to remove the clot. She spent 23 days in a coma

She phoned Rachel’s father and her ex-partner Shane Rainey, 38, at his home in Dromore, County Down, telling him she was in a critical condition and he should come to London.

The warehouse worker caught the first available flight, so he could be with Rachel when she came out of surgery.

He said: ‘It was touch and go at that stage. It’s so hard to explain how I felt. It was all so surreal.

‘The flight over was horrendous, because I just had to sit there. There was nothing I could do.

‘Her mum was phoning me and every time, I thought it could be bad news. I was in so much shock.’ 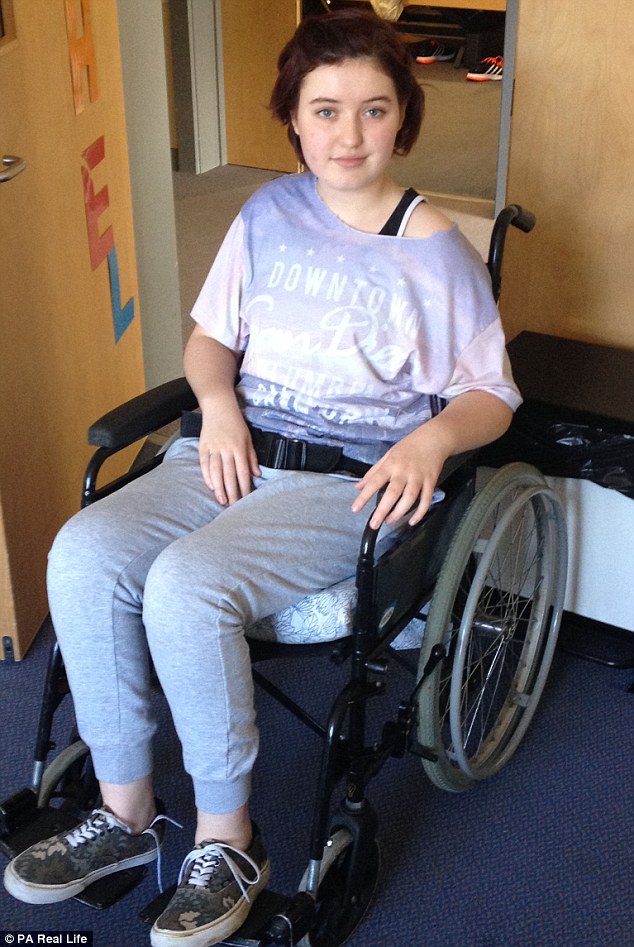 When Rachel finally woke up, she wasn’t able to move at all but is now on a three-month intensive therapy programme 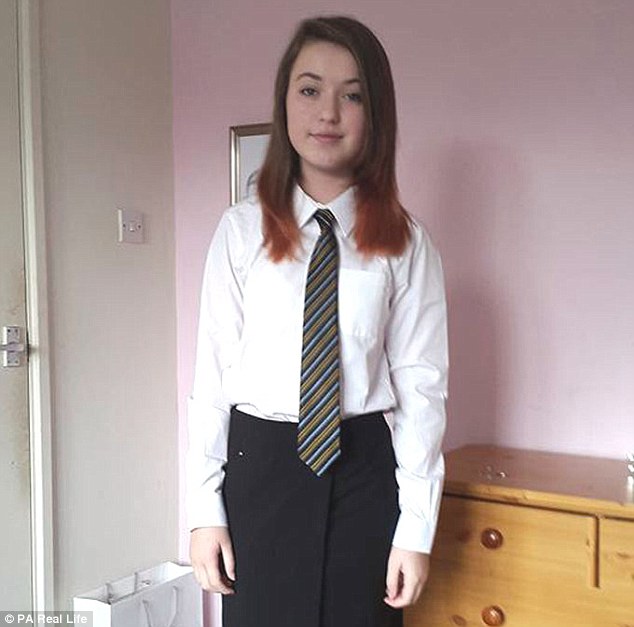 Doctors said Rachel had a birthmark on her brain which had burst and damaged an artery, filling her head with blood and putting pressure on her brain.

WHAT CAN TRIGGER A BRAIN HAEMORRHAGE?

A subarachnoid haemorrhage is an uncommon type of stroke caused by bleeding on the surface of the brain.

It’s a very serious condition and can be fatal.

There are usually no warning signs but a subarachnoid haemorrhage sometimes happens during physical effort or straining – such as coughing, going to the toilet, lifting something heavy or having sex.

The main symptoms of a subarachnoid haemorrhage include:

‘It was described to us as being like a balloon popping, which then ruptured two arteries,’ said Mr Rainey.

‘We didn’t know she had this, there had been no obvious signs. She was a healthy, normal 12-year-old.’

After coming through the five hour surgery, she spent 23 days in a coma in intensive care in King’s College Hospital.

Her parents sat by her beside and played voice messages from her friends, in a bid to get a response from their daughter.

‘Her eyes would flicker open,’ he said.

‘Doctors said it was just a reflex but we thought it was more. As soon as we opened her eyes, we got her friends in.’

When Rachel finally woke up, she wasn’t able to move at all, but within a few days, she had improved enough to be able to squeeze her dad’s hand and wiggle her toes.

‘From the day she woke up, she remembered everything,’ he explained.

‘A few weeks ago she remembered collapsing and vomiting before the injury and she can remember being in King’s and not being able to move.

‘She said she felt like a brick,’ he said.

For four weeks, Rachel communicated by spelling out sentences using an alphabet board and squeezing her dad’s hand for yes or wiggling her toes to say no. Rachel, pictured at Halloween last year, was fit and healthy before the bleed on her brain 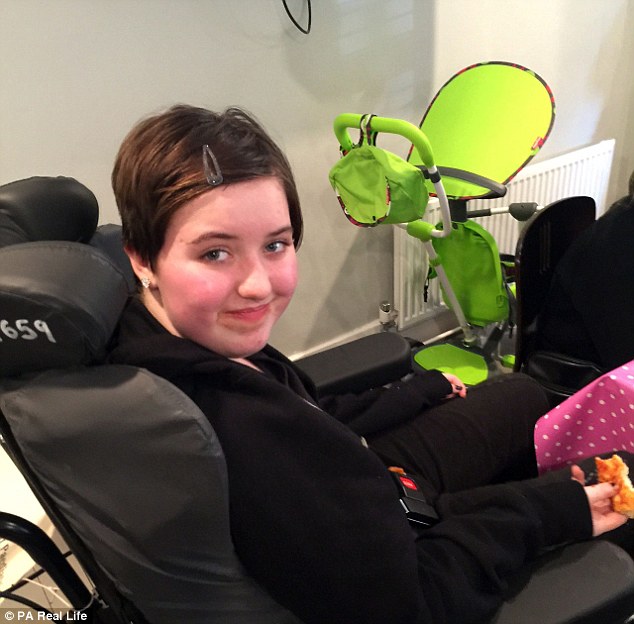 In April, she was moved from intensive care to the Lion rehabilitation ward at King’s to start a three-month intensive therapy programme, where she had to begin the process of learning to walk again.

Her family are astonished with her progress in the last seven months and say it shows her determination and strong spirit.

‘When I look back and see how far she’s come now, it’s amazing. At one stage, she couldn’t even move her eyes.

‘She has a lot of fight and she still has a great sense of humour. Through the therapy on the programme, she was able to move her right hand and move her legs.’

In July, Rachel was transferred to the Children’s Trust rehabilitation centre in Tadworth, Surrey, for three more months of intensive treatment, including physiotherapy and hydrotherapy.

She still uses a wheelchair but can write and speak, although she has poor coordination and her speech is slow.

Every day she is making progress – recently learning how to crawl.

She can also stand, using a walking frame for short periods of time.

‘We’re so proud of her,’ Mr Rainey said.

‘She’s pushing the boundaries herself and is taking risks to get better.’

Her therapy is due to end in October and her parents are trying to fundraise through a GoFundMe page, to allow her to get more specialist treatment, so she can walk again.

When she is discharged to her home in Catford, her daily therapy will be reduced to once a week and her parents want to find private treatments to help her recovery.

‘We hoped that by the time she had left here she would be walking, but we believe she will walk at some stage.

10 foods you THINK are healthy but really aren't