By Roger Dobson for the Daily Mail

Even if you’re a staunch technophobe, chances are you’ve heard of Pokemon Go — the popular game where players hunt cartoon creatures that appear to be populating their real-life surroundings.

The smartphone game only launched in Britain last month, but now has more than 200 million users worldwide.

It is perhaps the best-known example of augmented reality — where graphics and sounds, and sometimes smell and touch, are superimposed on to images of the real world (not to be confused with virtual reality, a computer-generated simulation of the real world, which immerses the user, usually via a headset). 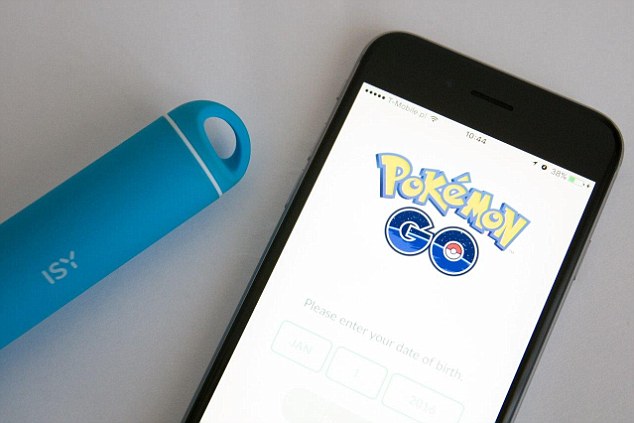 The smartphone game Pokemon Go only launched in Britain last month, but now has more than 200 million users worldwide

But it’s not just the gaming world where augmented reality is making its mark.

The technology, first developed in the early Nineties, is increasingly being used in healthcare to make treatments quicker, safer and more effective, and to help train doctors and nurses.

One example is in making hard-to-spot veins easier to see. The exact pattern of everyone’s veins just under the skin is unique — they can therefore be difficult to locate, which can make inserting a drip or drawing blood a challenge.

But this can be improved with vein visualisation, a technique which uses infrared light to map the blood vessels hidden beneath the skin and display them on the skin surface.

One hand-held device being used by the NHS is AccuVein, which is held over the skin to reveal an image of the veins in that area.

Around 81 per cent of clinicians found it improved their ability to insert a cannula (a thin tube for administering medicines), according to a 2014 study in the Journal of Infusion Nursing.

Another key area for augmented reality is in improving eyesight. a special visor called Smart Specs.

Created by a start-up company from Oxford University, the visor can, for example, create a stencil outline around faces to make the image more pronounced.

It also allows the user to zoom in or out or freeze an image. The hope is that it will help people recognise faces and avoid obstacles in their path. 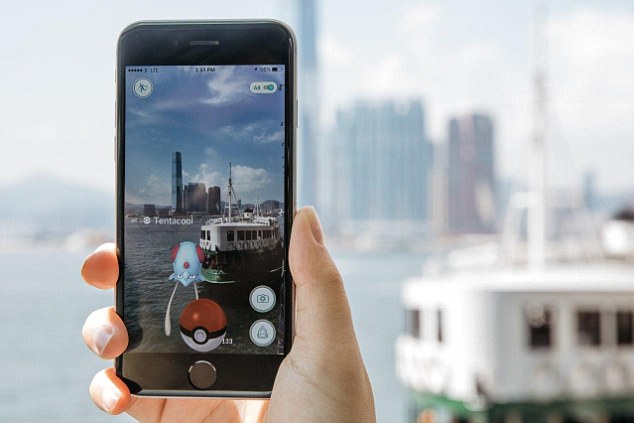 Technology used in the popular smartphone app is also being used in medical advances. One example is by making hard-to-spot veins easier to see

As part of a UK study, OxSight, the company behind the glasses, loaned prototypes to 300 people with eye conditions such as age-related macular degeneration (damage to the retina at the back of the eye) and glaucoma (where pressure in the eye damages the optic nerve) for four weeks at a time.

A version of the product could be on sale early next year.

Another big growth area augmented reality is in medical training. For years, doctors and nurses have practised and studied anatomy with the help of mannequins.

Now lecturers at Sheffield Hallam University are making these mannequins more realistic by superimposing videos of patients (played by actors) on top of the dummy.

By holding a tablet computer over the mannequin, the trainee activates the video of the ‘patient’ talking.

The technology is being used in the university’s nursing and midwifery curriculum, giving trainees range of scenarios to test their communication skills and ability to show empathy.

It is said to be more cost-effective and consistent than using the actors in person.

The technology is also being used to train and help surgeons during operations. 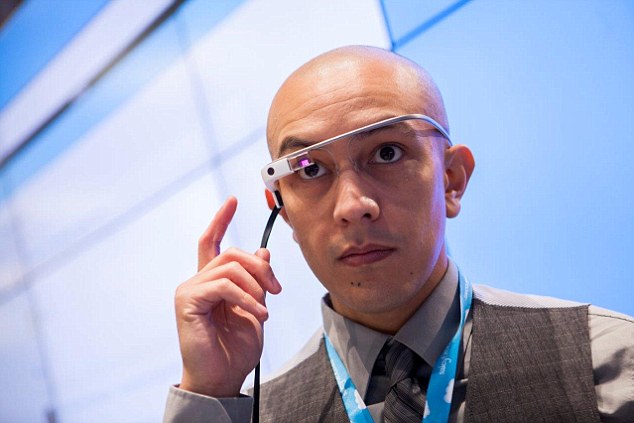 Researchers at Purdue University and the Indiana University School of Medicine in the U.S. have developed the System for Telementoring with Augmented Reality (STAR), a new way of allowing specialist surgeons to remotely deliver medical instructions to doctors performing an operation.

Previous ‘telementoring’ devices required the surgeon to look away from the patient to a separate screen for instructions from their ‘mentor’.

With the new system, a transparent screen is placed in front of the operating table while, from a remote location, the mentor draws lines on to the display, indicating whereabouts incisions should be made.

In a similar development from the University of Alabama, a mentor can superimpose a projection of their hands into the surgeon’s field of sight, so they can mimic the expert’s movements.

The idea was originally developed for Google Glass (a wearable computer with an optical head-mounted display).

‘This could be a lifeline—the ability to dial a friend for assistance,’ says Dr. Brent Ponce, an orthopaedic specialist who devised the concept while serving with the U.S, military in Iraq.

Meanwhile, U.S. researchers have looked at using Google Glass to help patients remember to take their medications, by displaying reminders in front of their eyes.

Augmented reality may also help rehabilitate stroke patients left with a limp or an unsteady gait.

In a trial at Clinique Romande de Réadaptation, Switzerland, stroke patients will use a special treadmill where outlines of different body shapes and postures are projected on to the belt. Patients adapt their gait to the images, and get feedback, which is designed to speed up recovery. 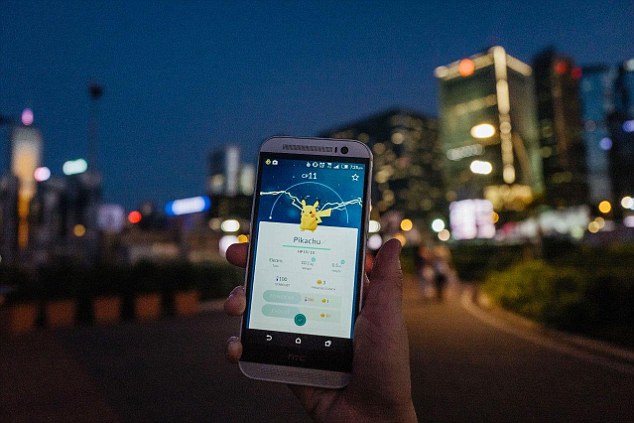 By forcing the user to go out in search of creatures to hunt, it may help combat obesity and stave off type 2 diabetes, says Dr Deidre Harrington of the University of Leicester

Participants will train three to five times a week for 30 minutes on the augmented-reality treadmill, while a control group will use an ordinary treadmill.

Even Pokemon Go may have health benefits.

By forcing the user to go out in search of creatures to hunt, it may help combat obesity and stave off type 2 diabetes, suggests Dr Deirdre Harrington, a lecturer in physical activity, sedentary behaviour and health at the University of Leicester.

‘Experts often blame the amount of time people spend in front of screens for people not being active enough,’ says Dr Harrington.

‘Perhaps we can use screens as part of the solution.’