By Kate Thomas for MailOnline

She’s spoken about her struggle with Obsessive Compulsive Disorder (OCD) and Trichotillomania in the past.

And Sam Faiers has now addressed the issue again in her brand new YouTube channel, candidly confessing that she still isn’t in control of the condition, which causes suffers to to pull their hair out – or in Sam’s case her eyelashes.

The former TOWIE star, 25, was diagnosed aged eight and discovered during a session with a psychologist that the root of the problem stems from her stepfather being sent to prison. 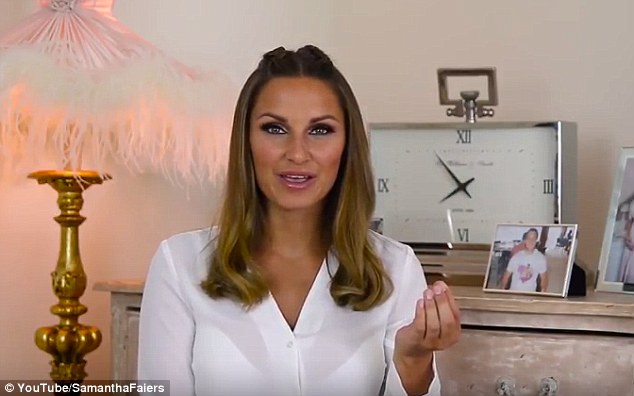 In the hot seat: Sam Faiers has spoken about her battle with Obsessive Compulsive Disorder (OCD) and Trichotillomania in her newly-launched YouTube channel 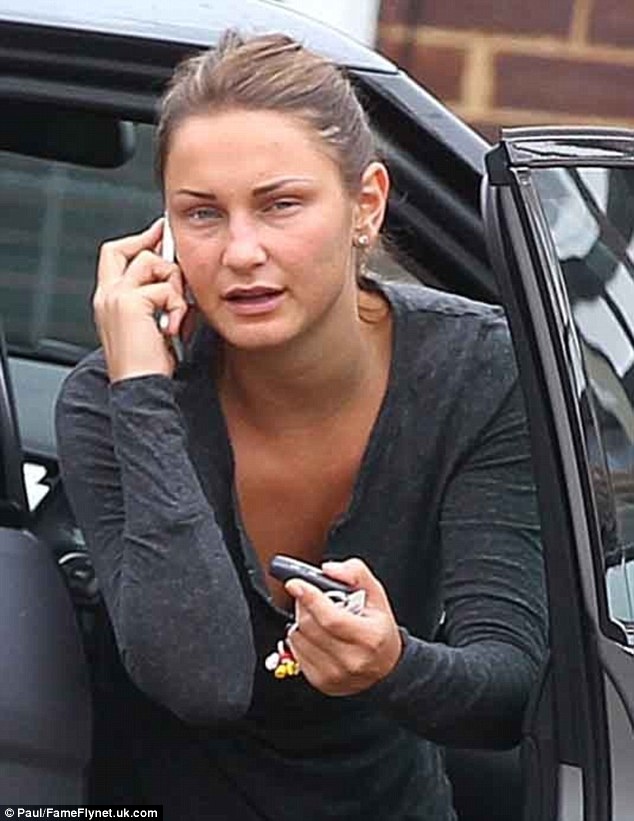 ‘It’s gone so far’: Sam wears false eyelashes every day to hide the effects of her condition, confessing that she even pulls out her lashes in her sleep

The girls both consider their stepdad Dave Chatwood to be their real father since her real dad Lee Faeirs – a recovering drink and drug addict who used to beat their mother Sue Wells – walked out on the family when Sam was just two.

Dave harbours a criminal past and was sent to prison several times over the years, with the family even joining him in Spain to lie low for five years.

He was last released from jail in 2013 after being locked up for his part in £1.1 million bullion robbery.

Discussing how her stepdad’s prison time influenced her at a young age, Sam said: ‘From the age of eight was when my mum discovered I was picking out my eyelashes. It became a habit, I still haven’t stopped. 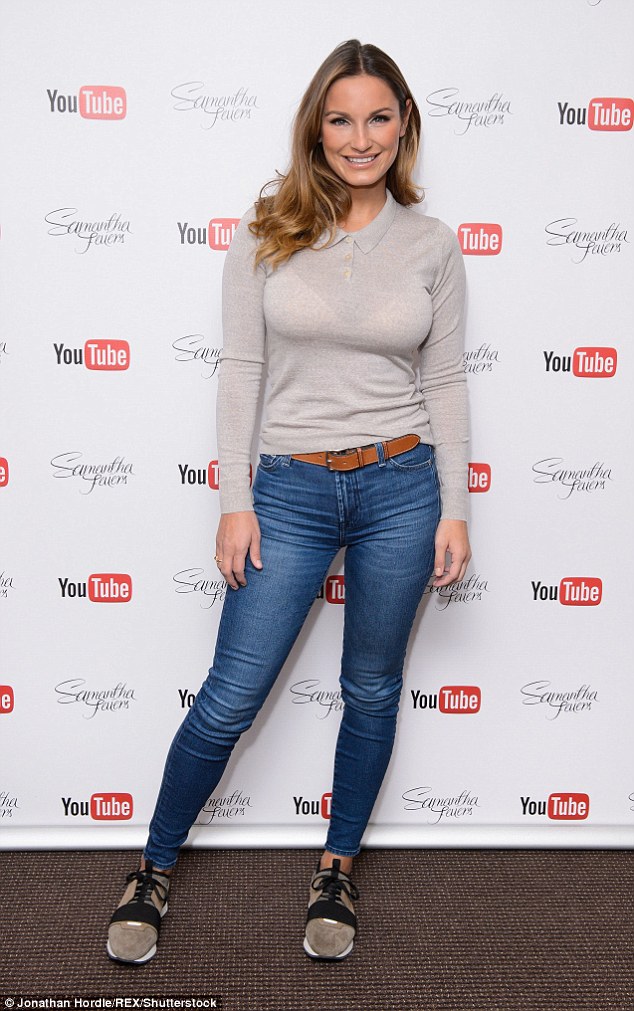 Make a wish: Sam said she first became obsessed with pulling out her eyelashes as a young girl when her stepdad Dave Chatwood was jailed, and would adhere to the old wives tale of making a wish every time she did 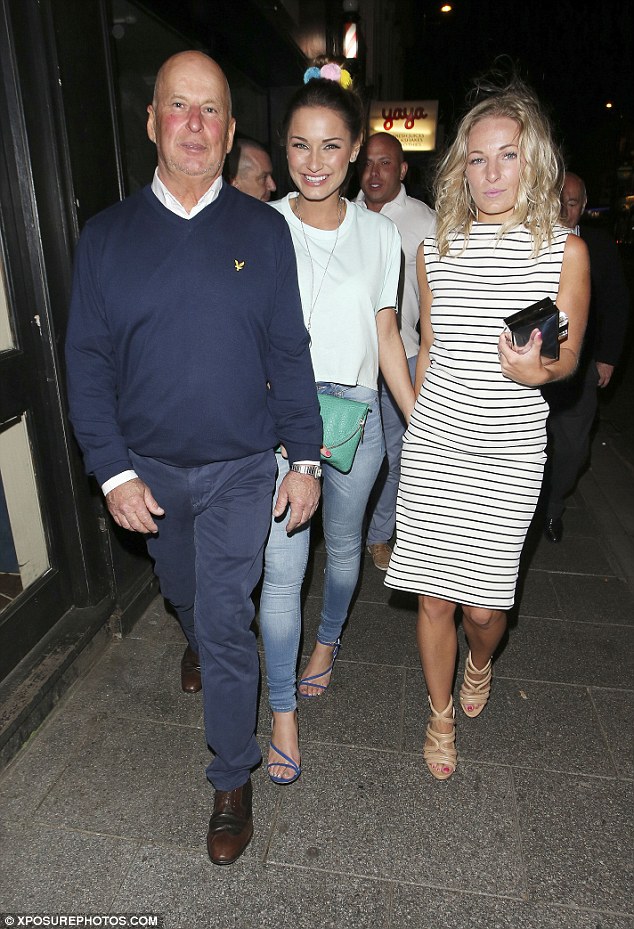 Close family: Sam considers her stepdad Dave – who harbours a criminal past and was sent to prison several times over the years – to be her real father 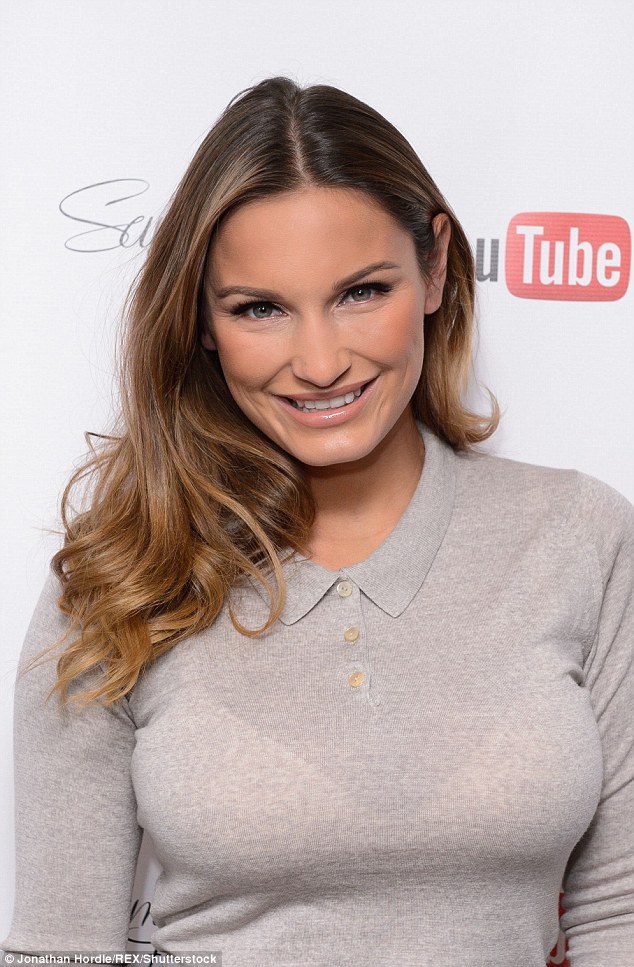 Compulsive disorder: Sam revealed she had tried everything in her power to stop herself over the years, but nothing has worked

‘It started when I was eight and I friend of ours said to me if you pick out an eyelash, make a wish and it’ll come true. As a young girl it’s a fairytale.

‘In recent years, I’ve seen a psychologist who specialises in Trichotillomania. The story goes deeper. They take it all the way back to your childhood.

‘When I was younger my [step]dad went to prison. I was picking out an eyelash and making a wish for him to come home.’

Sam revealed she had tried everything in her power to stop herself over the years, but nothing has worked.

She explained: ‘Now I’m an adult I know that’s not going to happen, but it’s gone so far that’s it’s compulsive and it’s so hard to stop.

‘When I was about 13 I lived in Spain my mum took me to a psychologist. She laid me down and spoke to my sub-conscience because I actually pick them out in my sleep now. 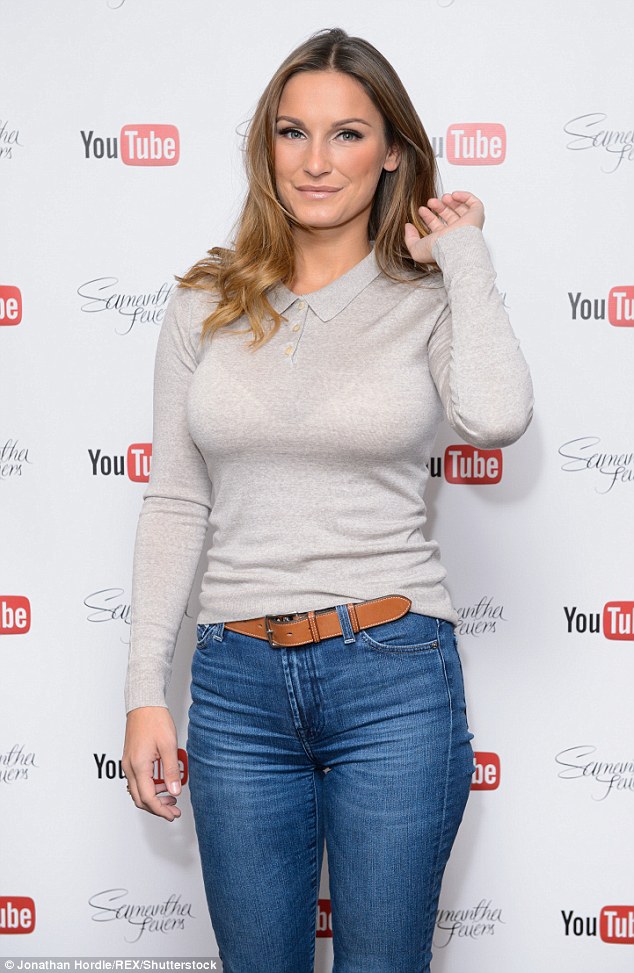 New project: The former TOWIE beauty’s new YouTube channel will navigate everything from beauty, fashion, lifestyle and beyond, showcasing never seen before content from the star on a weekly basis

‘All my eyelashes grew back, it was amazing. But then a few months later it started happening again.

‘We tried everything. My mum put mittens on my hands, I put disgusting nail-biting repellent stuff on my fingers so it would sting [my eyes], nothing worked.’

The TV personality, who raises baby son Paul with her partner Paul Knightley, admitted that her confidence took a plunge as a teenager – until she discovered false eyelashes.

‘When I was at school, I was a really confident loud kid. But when you’re going into senior school and you want to look nicer. I felt like I couldn’t really look people in the eye. 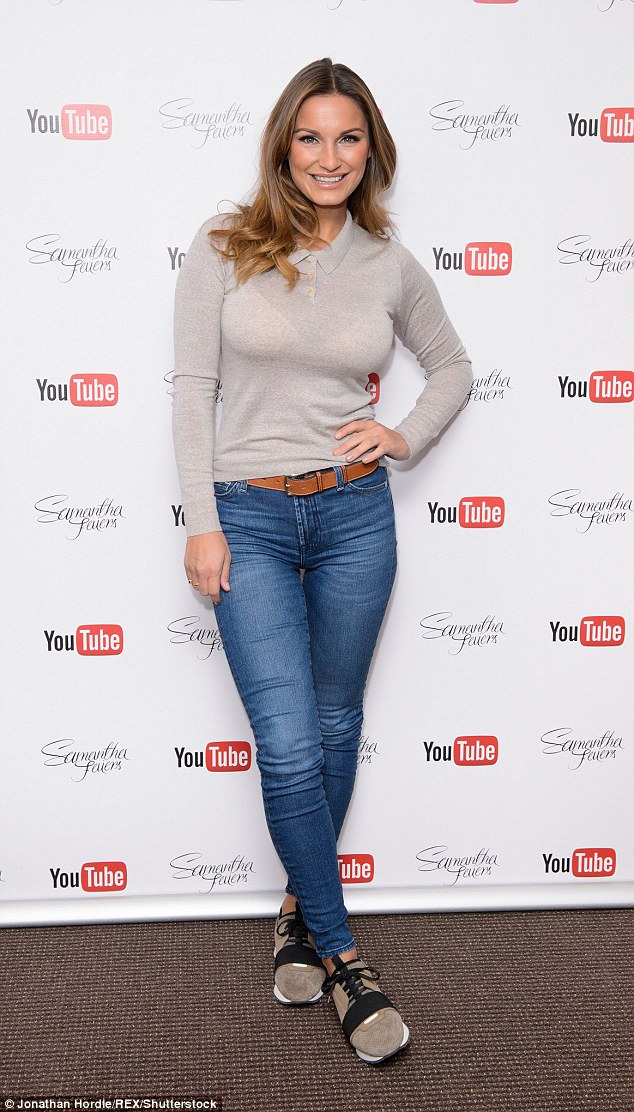 Keeping it casual: The reality star was rocking skinny jeans and a semi-sheer beige polo shirt to attend the launch of her new venture on Thursday night 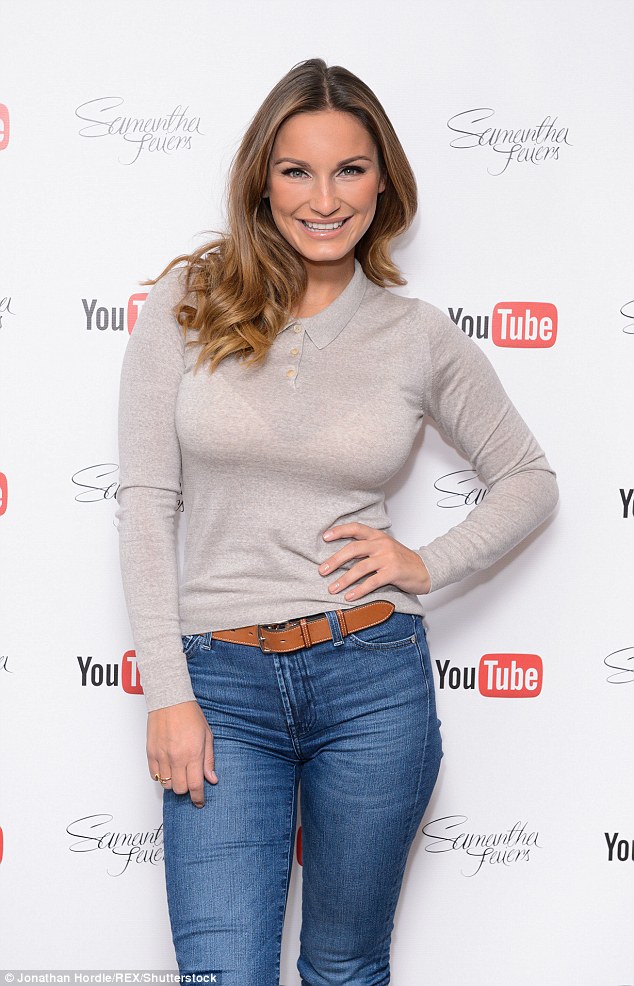 Speaking out: Sam is hoping her experience will inspire others to seek help from their loved ones and to embrace their insecurities

‘I felt like people were looking at me like I was weird… When I was 14 I discovered false eyelashes. I couldn’t believe how over the moon I was.’

Sam is hoping her experience will inspire others to seek help from their loved ones and to embrace their insecurities.

She concluded: ‘I coped by talking to my mum and my sister. As the years went by it got easier for me to talk about.

‘Speaking from my own experience, you’re not the only one with insecurities, nobody’s perfect. It really helped talking to the people around me about it.’

Sam’s new YouTube channel will navigate everything from beauty, fashion, lifestyle and beyond, showcasing never seen before content from the star on a weekly basis.

She commented: ‘I’m so excited to be launching my YouTube channel, this channel is my opportunity to share my life through my own camera, in my own words and with no scripts.

‘I can’t wait to share my beauty essentials, the ups and downs of being a first time mum and just my everyday life.’ 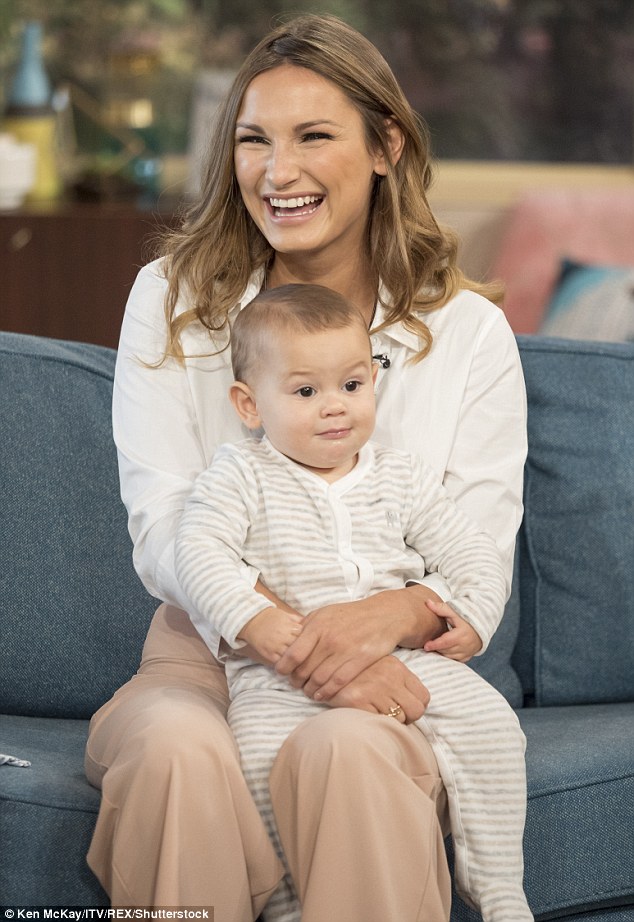 Doting mum: Sam is devoted to her baby son Paul and currently stars in Sam Faiers: The Mummy Diaries on ITVBe

Why you should stop peeling your vegetables

Ramadan is a holy month for muslims and all over the world muslims observe fast in this month. Fasting is