By Abe Hawken For Mailonline 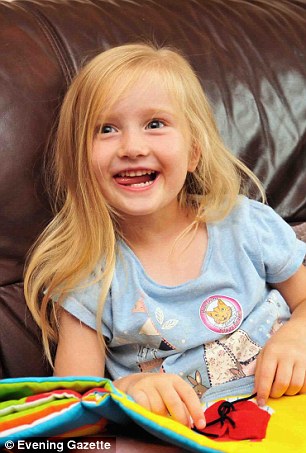 A five-year-old schoolgirl was left fighting for her life after her appendix burst on a dream holiday.

Little Ellie Sparrow was due to be flower girl at her grandmother’s Sue wedding in Mexico but was instead struck with a deadly illness.

The family, from Norton, County Durham, were just four days into their trip when the youngster began to have stomach cramps.

At first, her mother Sophie Whitfield, 23, put it down to a change of water but as the pain worsened, she knew something was wrong.

A deposit of £2,000 was required before doctors could even assess Ellie, whose condition was starting to deteriorate.

Blood tests and scans revealed emergency surgery was needed as by this time the youngster’s appendix had burst.

The family were faced with £30,000 of hospital bills and Ellie’s dreams of being flower girl were crushed. 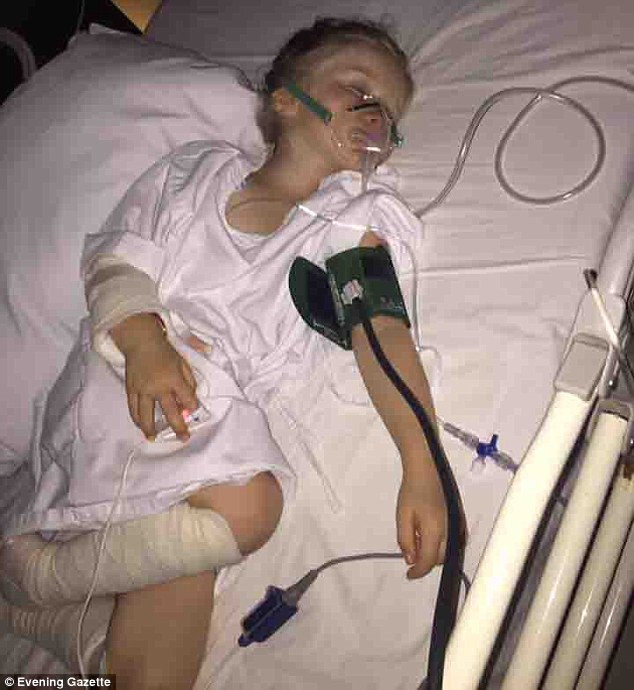 Ms Whitfield, a nursery assistant, said: ‘She was cramping really bad so we took her to the doctor in the hotel who said she had symptoms of appendicitis.

‘He said he couldn’t be sure without a scan and so we were taken to hospital in an ambulance.’

It was only after a nail-biting six-hour wait until the insurance company confirmed Ellie was covered, that the operation to remove her appendix went ahead. 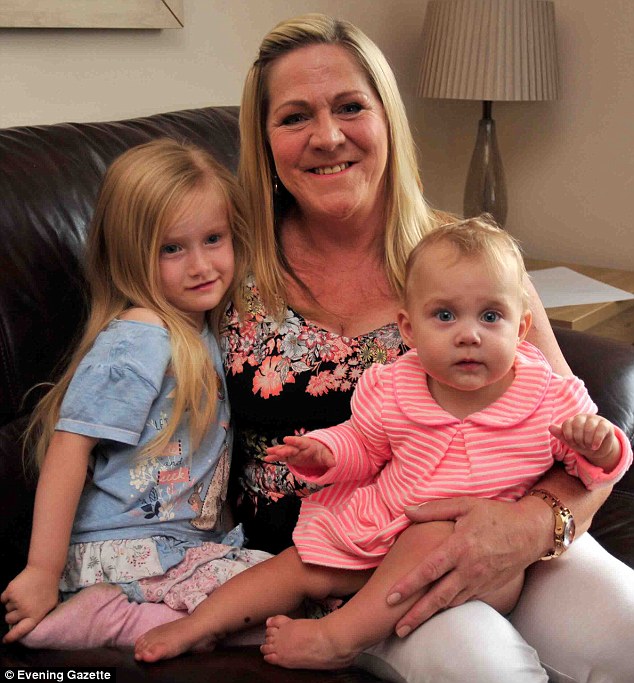 Ms Whitfield, who was sat at Ellie’s bedside with her partner Chris and their youngest daughter Madeline, added: ‘It was the worst time of our lives.

‘All we wanted was for her to treated as soon as possible, but we had no other option but to wait. 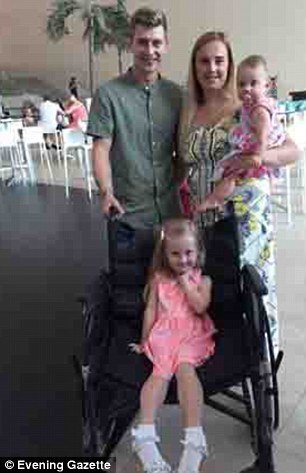 The family were pictured together after Ellie left hospital in Mexico

‘We paid as much as we could up front while we were waiting for confirmation, but the whole situation was torture. It is a parent’s worst fear.’

After two hours in theatre, Ellie was moved to intensive care and was discharged two days later.

But the nightmare continued as an infection saw Ellie rushed back to hospital where she was placed on a drip and given antibiotics.

Ms Whitfield added: ‘We couldn’t believe this was happening to our little girl.

‘She had already been through so much we honestly don’t know how she managed to fight it.’

Ms Whitfield said her partner and Madeline still went to the wedding in Mexico while she stayed with Ellie in the hospital.

The family were finally able to fly home on August 16 and Ellie is recovering after her ordeal, and her mother described her as a ‘little fighter’.

How long do leftovers last? Experts reveal how carving meat off the bone, adding salt to your eggs and storing cakes in the freezer could make your meals last months