Men who get tired in the evening and want an early night could be at risk of heart problems, research suggests.

The study suggests if a man struggles to keep his eyes open in the evening, or nods off in front of the TV, it might be a warning sign he has high blood pressure – a major risk factor for heart disease.

And once he gets to bed, he is more likely to have a night of tossing and turning and broken sleep. 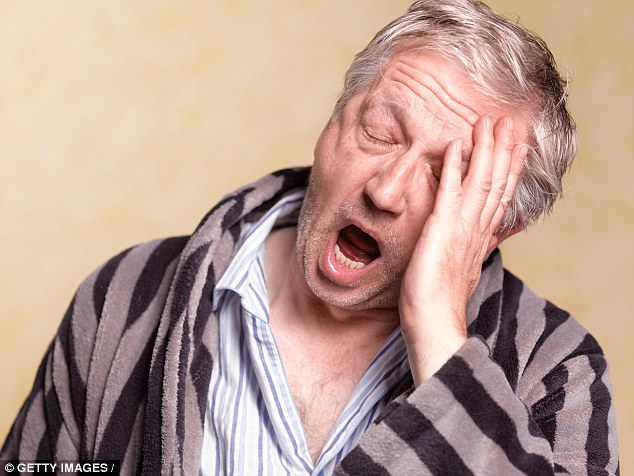 Men who get tired in the evening and want an early night could be at risk of heart problems, according to a new study (file photo)

A study of 2,500 adults found that among men, bed times were significantly earlier among those suffering from high blood pressure.

On average, those with high blood pressure went to bed 18 minutes earlier than those with healthy levels.

And once they had retired for the night, those with the condition were more likely to have poor-quality sleep.

Watch out these signs of high blood pressure

Doctors said the desire to turn in early could be a clue to health problems which might otherwise be missed.

Worldwide, raised blood pressure is estimated to cause 7.5 million deaths, according to World Health Organisation figures.

A quarter of all adults in the UK have high blood pressure, which is also known as hypertension, but many people are completely unaware they are at risk.

The condition, which raises the risk of heart attacks, stroke and dementia, can easily be treated with drugs or by simple changes to lifestyle.

But because high blood pressure has few symptoms until it is too late, people simply do not know they have a problem until they are tested or get ill. 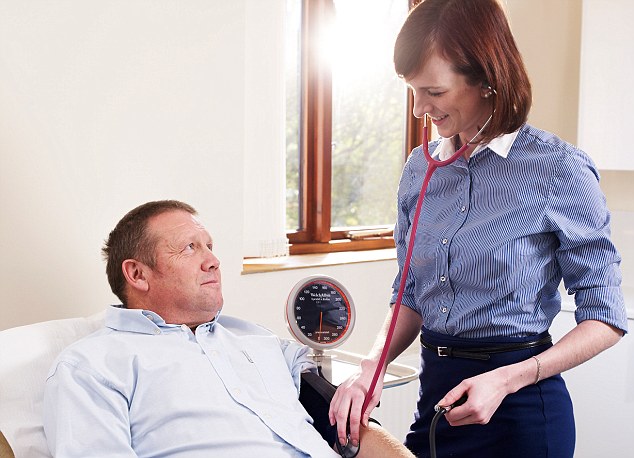 If a man struggles to keep his eyes open in the evening it might be a warning signs of high blood pressure – a major risk factor for heart disease, researchers said

The research team found that while early nights were linked with higher blood pressure, getting more sleep was unlikely to do anything to help the condition.

Despite going to bed earlier, those with high blood pressure managed no more sleep overall – and had worse quality of sleep.

Unveiling his findings at the European Society of Cardiology congress in Rome, Hiroshima University researcher Dr Nobu Sasaki said: ‘Early bed times were associated with hypertension, independent of anything else.’

He said those with high blood pressure may prefer earlier nights because their underlying health was worse, making them more tired.

But he said it was also possible blood pressure problems could shift the internal body clock – known as the circadian rhythm – leaving them tired in the evenings but then lying awake at night. 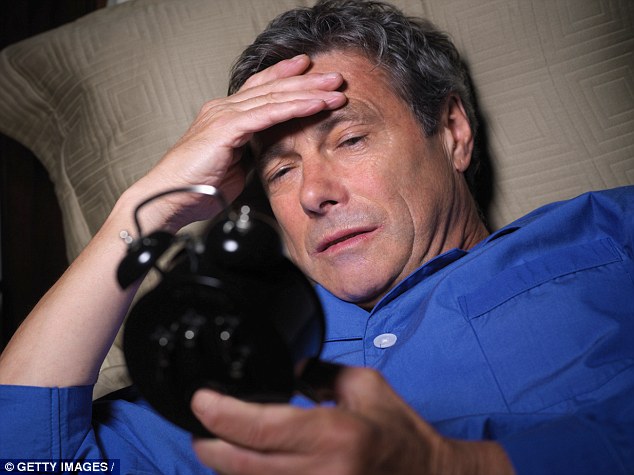 Men with high blood pressure gets tired earlier than men without it, but were more likely to have poor-quality sleep, researchers found.

‘Early bedtimes are associated with more sleep disturbance,’ Dr Sasaki said. ‘It might be that it affects the circadian rhythms.’

Professor Jeremy Pearson, associate medical director at the British Heart Foundation, said: ‘This study indicates that people with known high blood pressure may go to bed a few minutes earlier than those with normal blood pressure, and the quality of their sleep may be slightly worse.

‘People often have raised blood pressure without knowing it, but it is unlikely that a tendency to go to bed early is the best way to detect this – you should check your blood pressure regularly and see your doctor if you are concerned.’

How NICOTINE could help to prevent obesity and dementia: Drug 'reduces appetite and slows the brain's ageing'