Teen pregnancy has plummeted in America.

And according to a new study, rising rates of contraception – used correctly – are the driving force behind the shift.

In that same period, sexual activity among teenagers increased.

At the same time, there was a notable climb in use of ‘effective’ contraception methods, like the IUD coil, the Pill and the injection, rather than condoms. 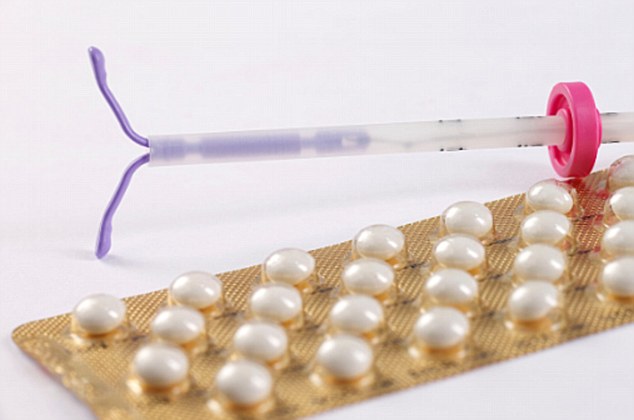 Sexual activity among teens increased between 2007 and 2012. At the same time, there was a notable climb in use of ‘effective’ contraception methods, like the IUD coil and the Pill

HOW HAVE METHODS CHANGED?

Meanwhile the number of teens using one or more methods rose from 78 per cent to 86 per cent.

And those using two or more methods rose from 26 per cent to 37 per cent.

Looking specifically at the kinds of methods used, the data show there was an increase in every kind – both ‘highly effective’ and largely ineffective.

And the Pill went from being used by 26 per cent of sexually-active teens to 35 per cent.

There was also a rise in the two methods scientifically proven to be ineffective: the withdrawal methods and the rhythm method.

In 2007, 78 per cent of sexually active teen girls used at least one type of birth control.

Just five years later, that figure had gone up to 86 per cent.

According to the authors of the new study, published in the Journal of Adolescent Health, that is ‘all’ down to increased contraception use.

‘Adolescents’ uptake of any method, regardless of its failure rate, markedly reduces this risk,’ write the authors Laura Lindberg, John Santelli, and Sheila Desai from Columbia University.

They reflect on previous research that showed a similar drop in teen pregnancy rates between 1991 and 2007.

A number of reports had attributed this drop to declining sexual activity.

However, the authors write, the latest data unequivocally shows contraception is the root cause of today’s lower figures.

‘Here, the NSFG [National Survey of Family Growth] shows no decline in adolescent sexual activity from 2007 to 2012 (and a nonsignificant increase from 2007 to 2009),’ they write.

‘It suggests that this behavioral factor did not play a role in the recent PRI declines.’

They concede that things may have changed in the last four years.

Recent data from the Youth Risk Behavior Surveillance shows sexual activity did declined among high school students between 2013 and 2015.

‘At this point, it is unclear whether these new data represent a new trend or are the result of other factors,’ they write.

Nonetheless, the report concludes with a plea to public health officials to increase sexual education programs.

The number of schools offering sex ed in the US is declining, they claim. 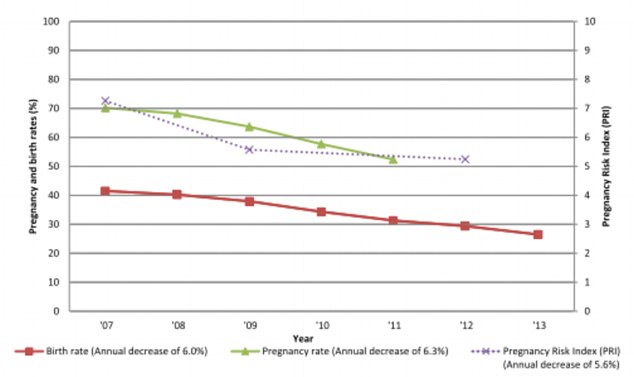 According to the authors of the new study, the latest data unequivocally shows contraception is the root cause of today’s lower teen pregnancy figures

But studies show that the more lessons about contraception, the more teens use birth control.

‘Since contraceptive use is the critical driver of adolescent fertility, it is important to ensure adolescents’ access to comprehensive sexuality education that provides medically accurate information about contraception,’ they write.

Chinese boy grows a single A-cup breast on his chest

How to eat your Easter eggs without piling on the pounds