Children are consuming up to three times too much sugar every day, a major survey has revealed.

The National Diet and Nutrition Survey found that people in the UK are not eating enough fruit and veg, while consumption of red meat and saturated fat is still too high.

But sugar still makes up 13 per cent of children’s daily calorie intake, more than twice the 5 per cent recommended limit.

Those aged 11 to 18 have daily diet made up of 15 per cent sugar – three times the recommended amount. 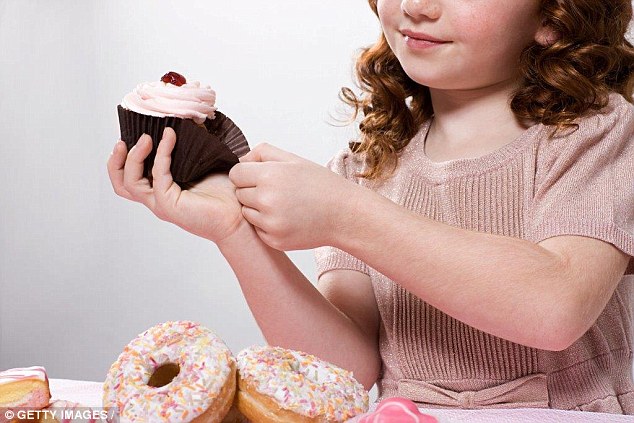 Sugar makes up 13 per cent of children’s daily calorie intake, more than twice the 5 per cent recommended limit, the survey found

Meanwhile, adults aged 19 to 64 are also heavy consumers, with 12 per cent of their diets made up of sugar.

These figures have remained more or less the same since 2008.

The survey, funded by Public Health England and the UK Food Standards Agency, also found that people in the UK continue to consume too much saturated fat and not enough fruit, vegetables and fibre.

A fifth of five-year-olds and a third of 11-year-olds are overweight or obese and although rates are no longer rising, they are amongst the worst in Europe.

Children aged four to 10 have diets in which 13 per cent of their daily calorie intake comes from saturated fat, compared with a target of less than 11 per cent.

Average intake of red and processed meat should also not exceed 70g per day, but men still eat too much while women are reducing the amount they consume.

There has been no change in consumption of fruit and vegetables in almost a decade, with those aged 11 to 18 managing just 2.8 portions per day on average.

Adults eat four portions, while there are no specific recommendations for young children. 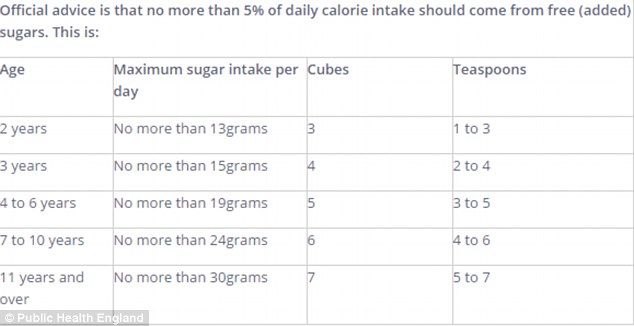 Just 27 per cent of adults, 35 per cent of those aged 65 and over and 8 per cent of 11 to 18-year-olds currently meet the five-a-day recommendation for fruit and vegetables.

Typical consumption of oily fish among all age groups was well below the recommended one portion per week, and there has been little evidence of change over time.

Dr Alison Tedstone, chief nutritionist at PHE, said: ‘This data provides compelling evidence that we all need to eat more fruit, veg, fibre and oily fish and cut back on sugar, salt and saturated fat to improve our health.

‘While it is encouraging that young children are having fewer sugary drinks, they still have far too much sugar in their diet overall, along with teenagers and adults.

‘To help tackle this, PHE is launching a programme to challenge the food industry to remove at least 20 per cent of the sugar in its products by 2020. 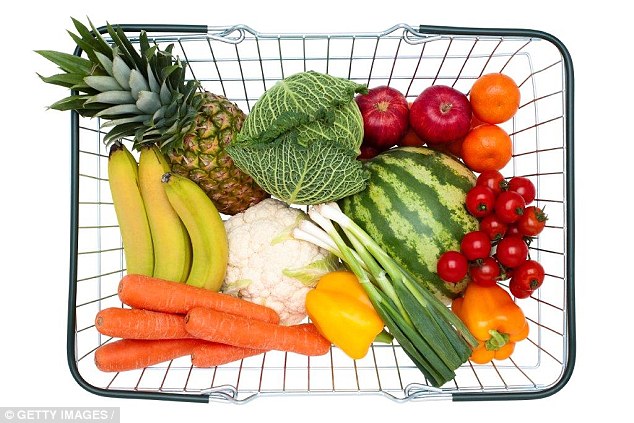 ‘It’s an ambitious programme, a world first, and will be a significant step on the road to reducing child obesity levels.’

Professor Neena Modi, president of the Royal College of Paediatrics and Child Health, said: ‘The results of this survey are extremely worrying.’

She added: ‘At a time when one in three 10-year-old children are overweight or obese, and one in three five-year-olds has tooth decay, the health risks posed by failure to tackle sugar intake are serious.

‘This is why we are surprised the long-awaited UK Government childhood obesity strategy did not include a number of recommendations aimed at protecting children, such as a ban on advertising junk food and limiting their sale around schools.

‘We call for these measures to be reconsidered in order to safeguard the health and well-being of all UK children.

‘The survey was carried out among 1,288 adults and 1,258 children who completed a three or four-day food diary.

Lack of exercise : WHO warning