When Lydia Haynes was diagnosed with a type of throat cancer at 16, her dreams of becoming a singer looked all but over.

The teenager, from St Albans, was warned by doctors she may never talk again.

Tests revealed a golf ball-sized lump in her throat was actually thyroid cancer and treatment to remove the tumour could leave permanent damage.

However, now 21, she achieved her dreams, performing at the BBC Proms at the Royal Albert Hall last week. 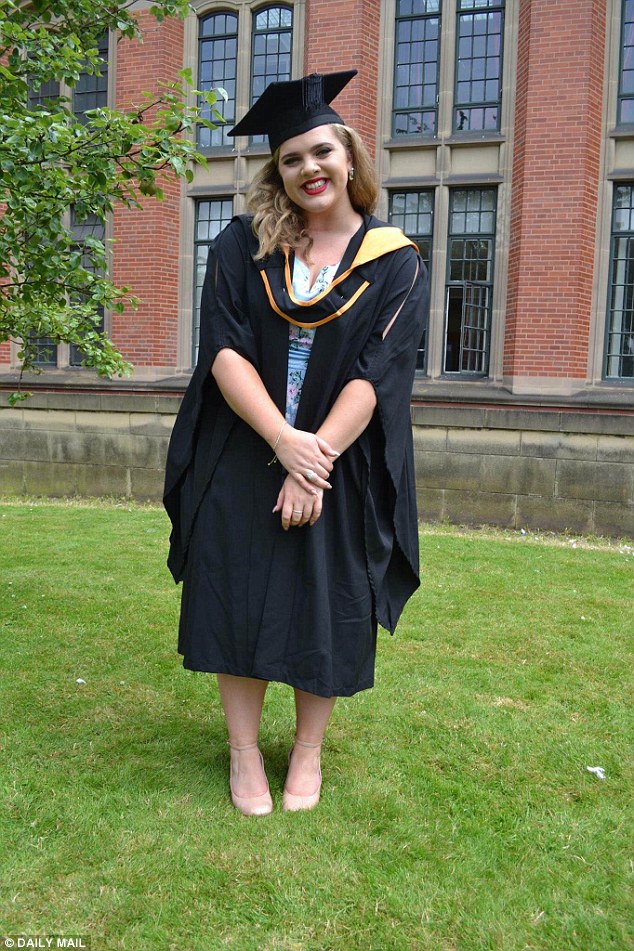 Lydia Haynes, from St Albans, was diagnosed with thyroid cancer in November 2011 after noticing a golf ball-sized lump in her throat at 16. Despite her ordeal, she kept up with her studies and graduated this summer from the University of Birmingham with a music degree

Miss Haynes initially noticed a golf ball-sized lump when she was applying her make-up in the mirror in September 2011.

But she just assumed she had swollen glands and was completely oblivious as to the true extent of her bump.

Doctors even told her it was nothing to worry about for two months – leading her to feel guilty for ‘wasting’ valuable NHS time.

However, a biopsy test revealed the shock diagnosis and left her dreams of becoming a professional singer in tatters.

She was warned there was a chance she would never talk again as the operation to remove the tumour could ruin the nerves in her throat.

They also warned her that if the cancer returned, it could change the tone of her voice. 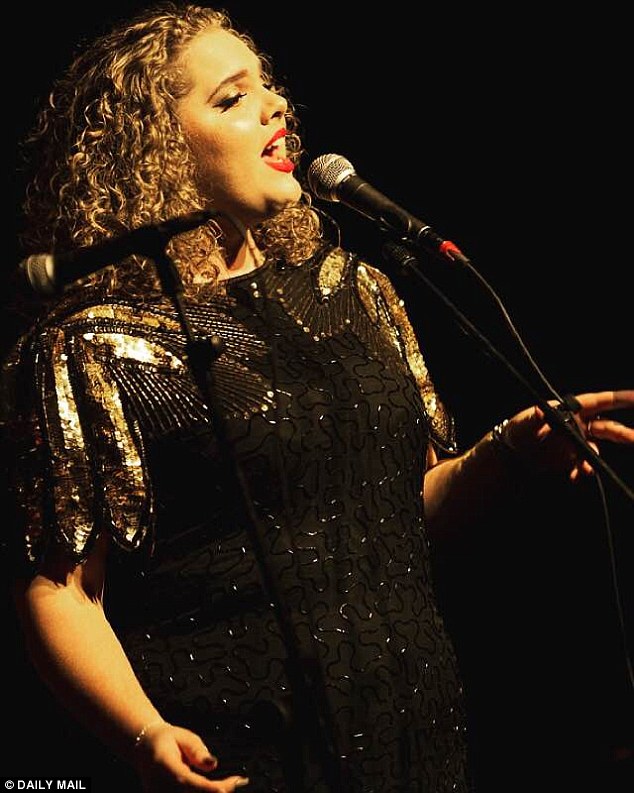 Treatment left her dreams of becoming a professional singer in tatters as she was unable to properly speak for weeks. But now 21, she has become an opera singer and even sang at the BBC Proms at the Royal Albert Hall last week

Miss Haynes, who has been singing for as long as she can remember, told MailOnline: ‘I just thought – people get swollen glands all the time, so it’s probably nothing to worry about but I would call doctors just in case.

‘I had this guilt that I might have made a fuss over nothing and that people would think I was doing it for attention or that I was lying.’

She added: ‘When they said it could be cancer I was so shocked, I didn’t know what to do.

‘There was a chance I would never speak again never mind sing.

‘It was too much to think about at the time that I might not sing again but I didn’t have a choice – it was have the treatment and risk losing your voice or death.’ 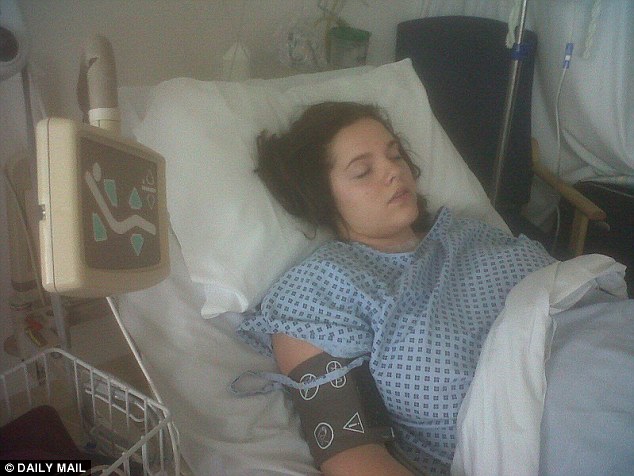 The ??? singer had an operation to remove the follicular carcinoma – which accounts for 1 in 10 cases of thyroid cancer – just days after her diagnosis. However, the operation was only partly successful and some of the tumour still remained 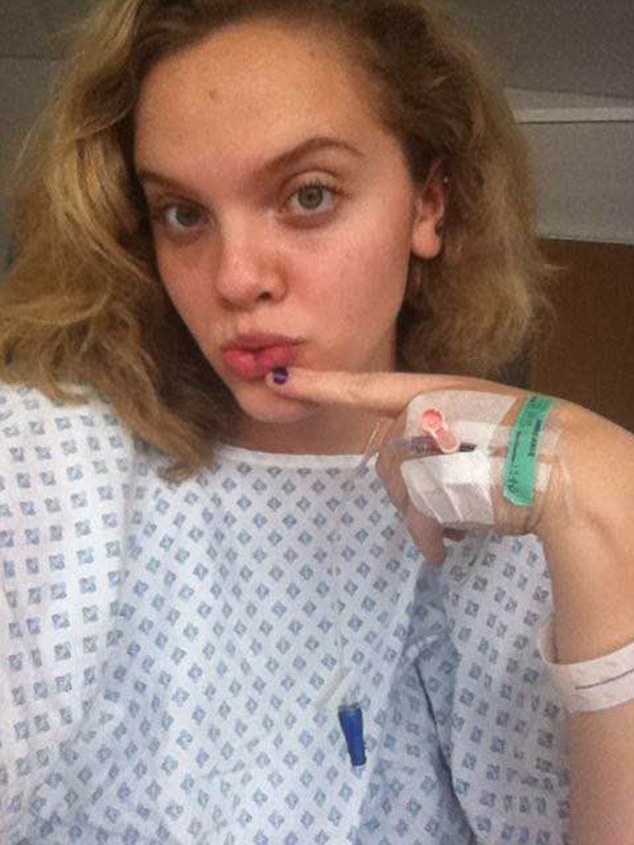 She was then transferred to the Teenage Cancer Trust ward at University College London Hospital, in June, where they attempted to remove the rest. This time surgery was a success

She had an operation to remove the follicular carcinoma – which accounts for 1 in 10 cases of thyroid cancer – just days after her diagnosis.

But the surgery was only partly successful and some of the tumour still remained.

WHAT IS THYROID CANCER?

Thyroid cancer is a rare type of cancer that affects the thyroid gland, a small gland at the base of the neck that produces hormones.

It’s most common in people in their 30s and those over the age of 60.

Women are two to three times more likely to develop it than men.

Thyroid cancer is usually treatable and in many cases can be cured completely, although it can sometimes come back after treatment.

Around 9 in every 10 people are alive five years after diagnosis.

Many of these are cured and will have a normal lifespan.

The main treatments are:

She was then transferred to the Teenage Cancer Trust ward at University College London Hospital, in June, where they attempted to remove the rest.

This time the operation was a success and she underwent radioactive iodine therapy in August to ensure the cancerous cells wouldn’t return.

She had to swallow a substance that travelled through her blood and killed the cancer cells and left her in complete isolation for a week.

It left Miss Haynes unable to talk at all for a few days and it was several weeks before she could hold a full conversation.

But the procedure worked and she has since been in remission for four years.

Miss Haynes told MailOnline: ‘Because I was radioactive I had to be in isolation in a lead-lined room for a week, no one was allowed to touch me.

‘It was the first time I cried, I was begging the nurses to not make me do it.

‘I was frightened to be alone but I knew I had to do it to live. I was tired of being strong and I broke down.’

Despite her ordeal, she kept up with her A-level studies throughout her illness and graduated this summer from the University of Birmingham with a music degree.

But she spent her entire time at university keeping her cancer a secret from her lecturers, other musicians and at auditions.

She said she is thankful she had cancer as it made her realise how important her voice was to her as singing kept her feeling alive. 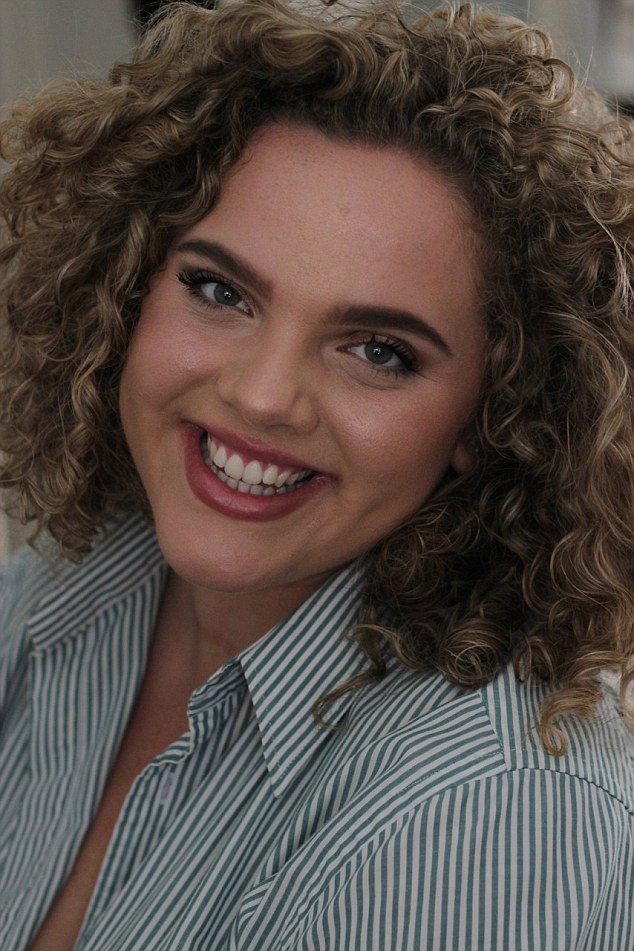 In August, she underwent radioactive iodine therapy – where she swallowed a substance to make sure the cells wouldn’t come back. She has since been in remission for four years

Miss Haynes added: ‘I didn’t really tell people I had cancer because I didn’t want anyone to pity me, give me a chance or a leg up because of what I’d been through, so I kept it to myself.

‘Graduating made me realise “I’ve done it”, I did it regardless of the cancer and I thought people could see me as strong.

‘It was only then that I felt I could almost “come out” about the cancer and use my experience to help others.’

As well going on to fulfill her dream of singing professionally, Miss Haynes was spotted and offered the chance to be a plus sized model.

The scar on her neck had left her to become very self-conscious so the opportunity was a big boost to her confidence.

It was too much to think about at the time that I might not sing again but I didn’t have a choice – it was have the treatment and risk losing your voice or death.

She has since set up a blog ‘howtohavecancerandstillfeelsexy’ and is a keen advocate for body positivity post cancer.

She added: ‘One of the most important parts of being post-cancer was loving my body again – it’s easy to lose your sense of self and sexual identity when going through this.

‘For me, it’s not about forgetting about cancer, it’s about embracing it and all the things that make me who I am.

‘I want to show young women that beauty is so much more than skin deep and that people with cancer aren’t sick puppies.’

The workshops give young people with cancer the chance to work with professional musicians and are one of the many ways the charity supports young people going through treatment. 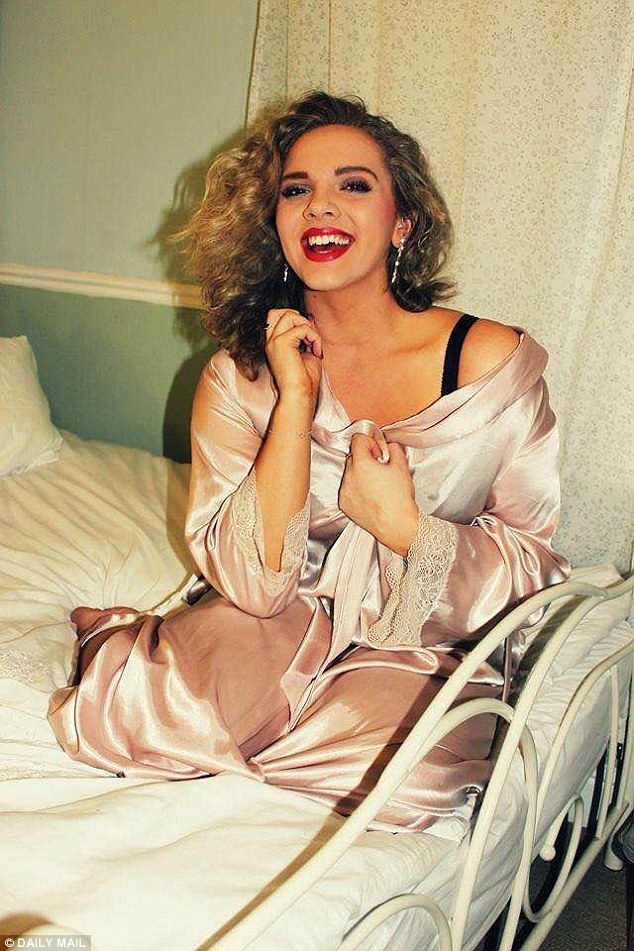 As well going on to fulfill her dream of singing professionally, Miss Haynes was spotted and offered the chance to be a plus sized model (pictured on a shoot)

She told MailOnline: ‘I volunteer at the music workshops because I felt like I wanted to give something back.

‘It feels great to help young people with cancer feel more confident and feel good about themselves.

‘Just surviving cancer isn’t really living, expressing all your thoughts and feelings through music can help people through a very tough time.

‘Music really helped through all the tough times, I found myself lost in it and I don’t know how I would have coped without it.

‘I feel like I can really help and give advice to these young people who are going through what I went through which means a lot to me.’

Miss Haynes is sharing her story as part of Childhood Cancer Awareness Month.

How much exercise will burn off your Easter egg?

Seniors who help out with childcare 'tend to live longer'