A toddler has been diagnosed with a rare condition which his mother says is turning him back into a baby.

Two-year-old Kade Gibbons suffers from a type of infantile dementia – which is also known as Heller’s syndrome.

It has seen him revert him back to a six-month-old and causes him to have several fits an hour.

His mother, Melissa, 26, said the fits started when he was just months old, starving his brain of oxygen and severely affecting his early development. 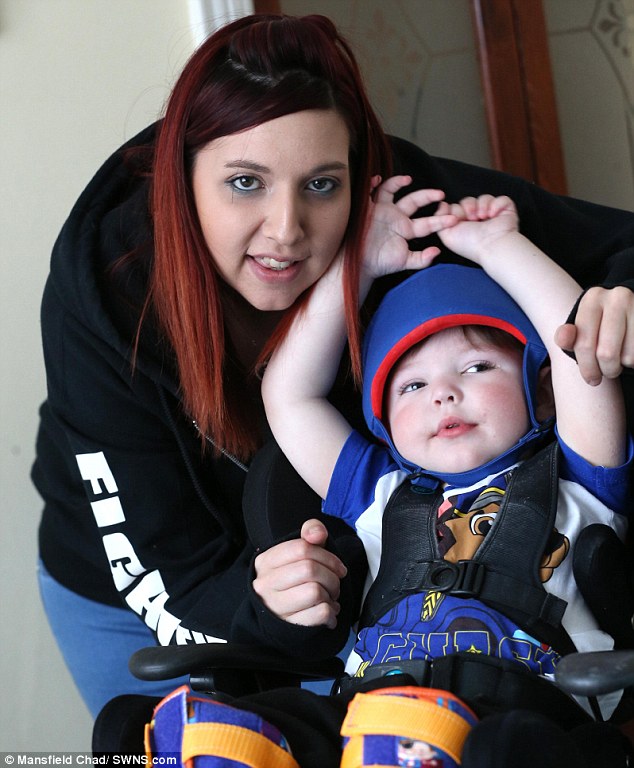 Two-year-old Kade Gibbons suffers from a type of infantile dementia which has caused him to ‘turn back into a six-month-old,’ his mother Melissa says

‘It was hard watching him [Kade] go back in time like that.

‘He was born fine and up until four months old he was developing normally,’ she said.

‘Out of nowhere he started having fits and went back to a newborn overnight.

‘He has infantile dementia because of the seizures, his brain has been that damaged it’s like he’s a baby and he always will be.’

His condition –thought to be genetic and for which there is no known cure – is described as a form of childhood disintegrative disorder.

The type of epilepsy he has does not respond to medication.

However the mother-of-three said the condition has not stopped him from enjoying life and said he enjoys frequent trips to aquariums.

‘He’s got a good temper on him – he knows what he likes and what he doesn’t like,’ she said. 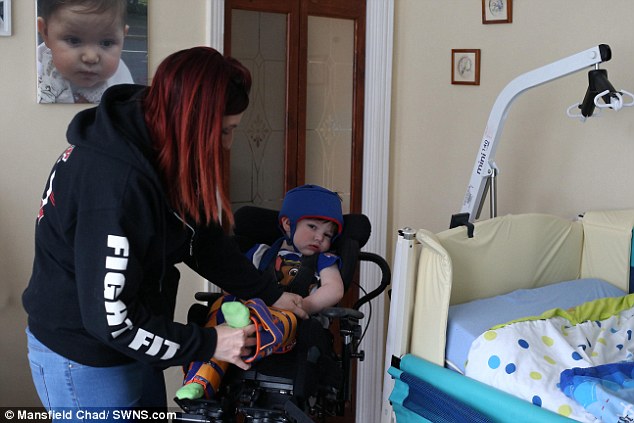 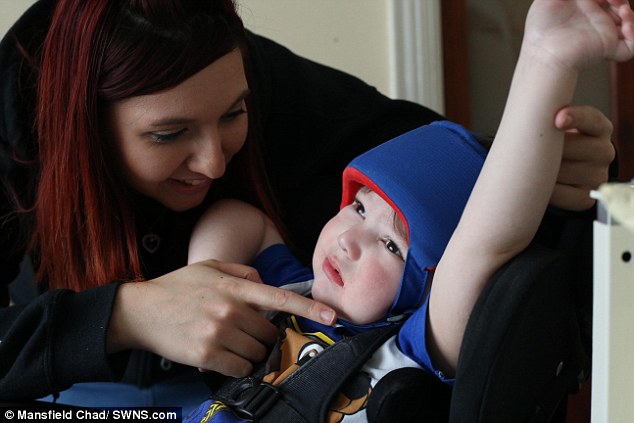 His condition, for which there is no cure, means he is unable to communicate with his mother as he has suffered considerable brain damage

‘But he doesn’t cope well with noise, he likes soft music and aquariums because they’re quite calming.

‘We take him a lot to the Sea Life Centre and the whole time we’re there he doesn’t fit at all.’

The family have found it even more difficult to deal with because of how little the doctors can tell them about Kade’s diagnosis.

She said: ‘He’s had substantial brain damage but they don’t know what’s causing it.

‘It’s life limiting but they don’t know to what extent. No one knows how he will progress.

‘We went to the 100,000 Genome project and they did a full genetic test, because they think that everything has happened due to a rare genetic disorder.

‘But there’s so little known about it – whatever’s caused it has made it hard to control his symptoms and he doesn’t respond to medications.’

From texting to having sex: The ultimate full-body workout to flex your muscles WITHOUT hitting the gym