Stress or an upsetting life event is unlikely to increase the risk of breast cancer, a study has found.

Women with the disease often think it was caused by stress – but researchers found no link between the two.

And going through a difficult period such as a bereavement or divorce does not increase the odds. 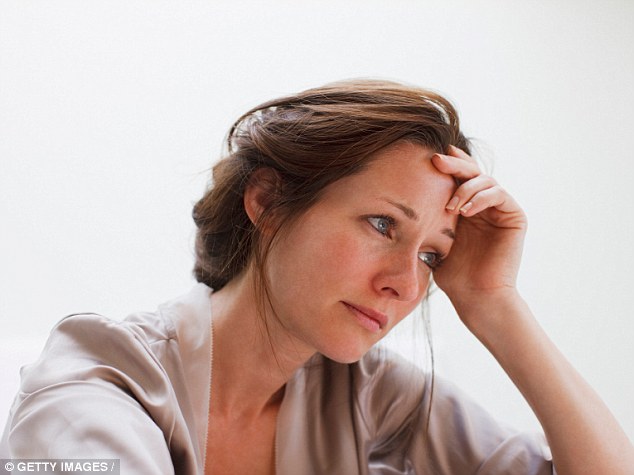 Stress or a difficult life event does not raise the risk of breast cancer, new research suggests (file photo)

The finding comes from the Breast Cancer Now Generations Study, which looked into the causes of breast cancer, following more than 113,000 British women for 40 years.

From 2003 onwards, the women in the study were asked how often they felt stressed.

They also noted whether they had experienced any of nine different types of stressful event over the past five years, such as bereavement, divorce, or loss of a parent under the age of 20.

Researchers then followed them for an average of six years to see how many of them went on to develop breast cancer.

The women were also asked about age at first period and menopause, number of children and the woman’s age at their births and duration of breastfeeding.

This meant the scientists were able to account for the influence of these factors, to separate out any potential effect from stress.

The results found one in three women (34 per cent) reported frequent or continuous stress over the past five years.

Three out of four (74 per cent) reported at least one adverse life event.

No link was found between stress and the disease.

There was a weak association between one type of breast cancer and divorce – but researchers said this was likely a chance finding. 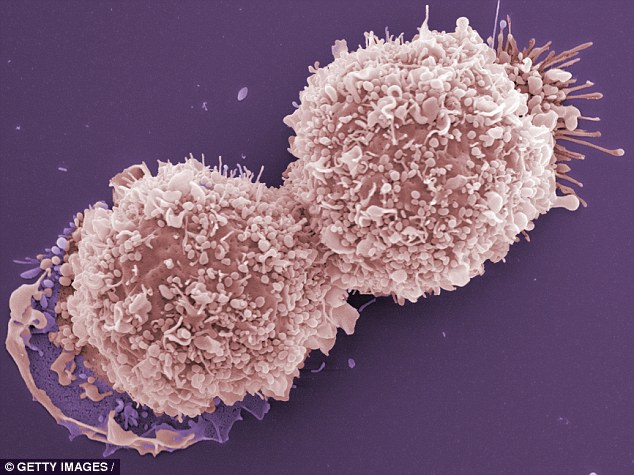 Women with the disease often think it was caused by stress – but researchers found no link between the two. Pictured are breast cancer cells beneath the microscope

The risk of breast cancer was also raised in women who were younger than 20 when they lost their mother.

But when mothers who had already suffered breast or ovarian cancer before their daughters were excluded, the risk stopped being statistically significant.

This suggests the increase in risk was down to a genetic predisposition towards the disease, rather than the effects of bereavement itself.

Dr Schoemaker, Staff Scientist at the Institute of Cancer Research, London, said: ‘It’s always a challenge to try to disentangle which of life’s many experiences and behaviours might influence the risk of cancer.

‘Our study has analysed very large amounts of data from women over many years, and has provided good evidence that stress is unlikely to increase the risk of developing breast cancer.

‘Stressful life events are common and many women will have experienced them in the run-up to being diagnosed with breast cancer, but our results suggest that those stressful events are unlikely to be the cause of the disease.’ 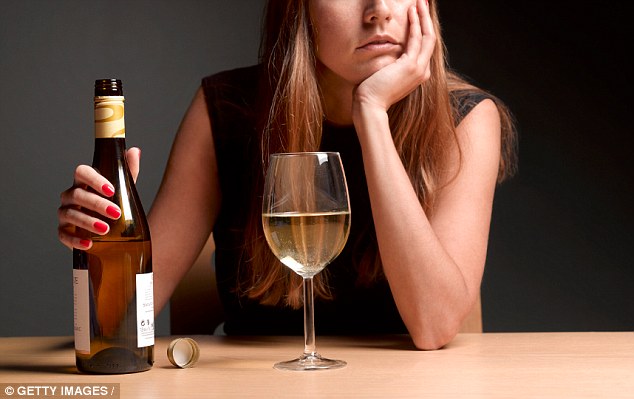 Baroness Delyth Morgan, chief executive at Breast Cancer Now advised women to maintain a healthy weight, lower their alcohol intake and get plenty of exercise in order to lower their risk of the disease (file photo)

Baroness Delyth Morgan, chief executive at Breast Cancer Now charity, said: ‘Many women often question whether their breast cancer could have been triggered by stress or a particularly difficult experience.

‘This ground-breaking study provides the most robust evidence to date that stress itself is unlikely to be a biological cause of the disease.

‘As the Breast Cancer Now Generations Study continues to uncover more about the underlying causes of the disease, we need to turn this into practical guidance to help women reduce their risk.

‘What we already know is that simple steps such as maintaining a healthy weight, lowering alcohol intake and being more physically active can help women lower their risk of breast cancer.

‘It’s important to remember that age and gender remain the most significant risk factors for breast cancer, which women cannot do anything about, and continued research into better diagnosis, treatments and support is therefore critical.’

The research was published in the journal Breast Cancer Research.

Moms' weight gain due to their lifestyle not pregnancy