A vaginal ring could dramatically slash a woman’s risk of catching HIV, new research has found.

Those who regularly used the device – which is laced with medication – were up to 92 per cent less likely to get the deadly virus through unprotected sex, experts found.

The ring is coated with an experimental antiretroviral drug called dapivirine.

This has been shown to provide significant protection against HIV by disabling a protein needed for HIV replication. 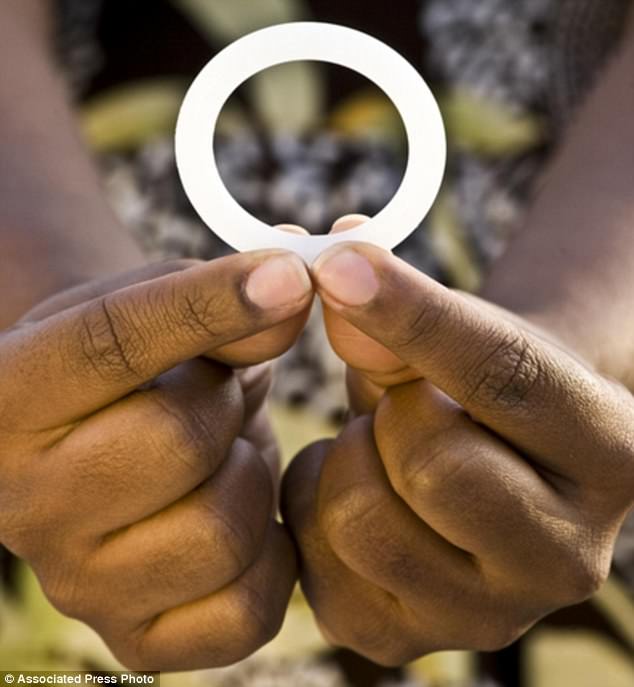 Women who regularly use the controlled drug delivery devices are up to 92 less likely to get the deadly virus through unprotected sex, experts found (stock picture)

Vaginal rings are flexible products that fit high up inside the vagina where they release a medication slowly over time.

They are sold in the US and UK for birth control, but the anti-AIDS version tested in Africa contained no contraception.

The ring tested in the new study contained 25 mg of dapivirine, about 4 mg of which gets released over 28 days.

Developed by the International Partnership for Microbicides, it is meant to be used for a month at a time, and women can insert and remove it themselves.

More than 2,600 HIV-negative women between the ages of 18 and 45 from Malawi, Uganda, South Africa and Zimbabwe were documented as part of the study.

The women were categorised into one of four groups depending on how often they used the ring.

This ranged from non-use to near perfect ring use – and, as expected, the ring appeared to be far more effective when used most or all the time.

The level of protection for those who used the ring most consistently ranged from 75 per cent in one analysis to 92 per cent in another.

Elizabeth Brown, from the University of Washington, said: ‘Adherence to HIV prevention strategies is not always perfect, and we knew that not all women used the ring consistently, so we developed an analysis to explore the degree of HIV protection that was associated with more consistent use. 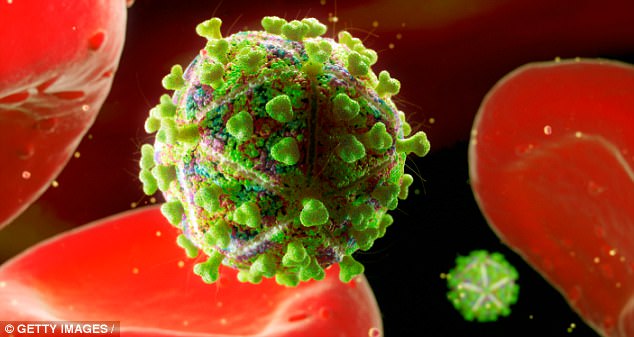 Women account for nearly 60 per cent of adults with HIV in sub-Saharan Africa, where unprotected heterosexual sex is the primary driver of the epidemic

‘Across all analyses we saw high adherence was associated with significantly better HIV protection.’

While the new results are encouraging, Dr Brown and her colleagues are mindful that their analysis may be not 100 per cent accurate, and further studies will be needed to validate their results.

Women account for nearly 60 per cent of adults with HIV in sub-Saharan Africa, where unprotected heterosexual sex is the primary driver of the epidemic.

Despite advances in preventing HIV, women – especially those who are younger – still face a higher risk.

In addition, a number of current prevention options, including medication that keeps HIV negative people from becoming infected – may not be accessible to or practical for many.

Previous findings from the study found the ring was far more effective in women over the age of 25 as they were 61 per cent less likely to be infected, as young women reported no extra benefit.

First regulatory approvals for the vaginal ring could be granted in 2018.

Experts reveal the unexpected health benefits of going under the knife