It’s becoming increasingly common for pre-menopausal women to have their ovaries removed to prevent cancer.

But now scientists warn the practice should not be offered unless women have a faulty gene which puts them in the ‘high risk category’.

Experts said women under 46 who have had both ovaries removed were at a significantly higher risk of a host of health problems, including heart disease, depression and asthma.

The procedure – known as a bilateral oophorectomy – is a preventative measure against ovarian cancer, is believed to accelerate the ageing process. 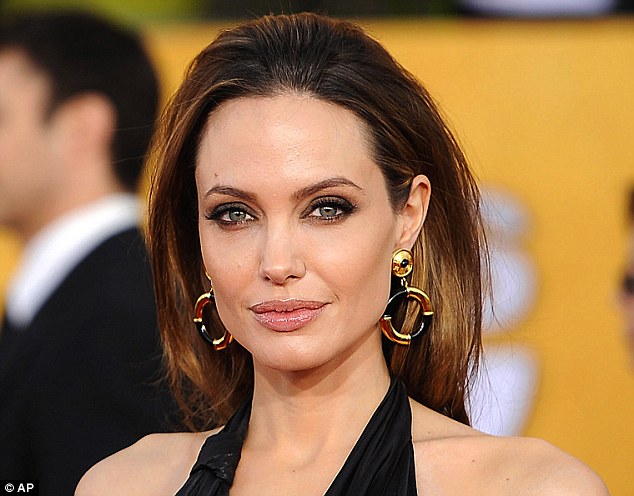 Bilateral oophorectomy – the procedure of removing both the ovaries – should be avoided unless you have a high risk gene fault – such as the ‘Angelina Jolie gene’, scientists warn

It is advised women with a mutated breast gene – such as BRCA1, made famous by Angelina Jolie – have the operation to remove their ovaries to reduce their risk of cancer.

However, women with an increased risk due to factors such as family history should avoid the procedure altogether, researchers found.

It came to notoriety when the Hollywood actress went under the knife in March last year – sparking many women to have the same procedure to cut their chances.

Researchers from the Mayo Clinic, Minnesota, assessed whether or not the procedure was linked to an increase in risk of 18 chronic health conditions.

They followed two groups of 1,653 women for around 14 years.

The groups were split between those who had underwent the procedure and women the same age who had not. 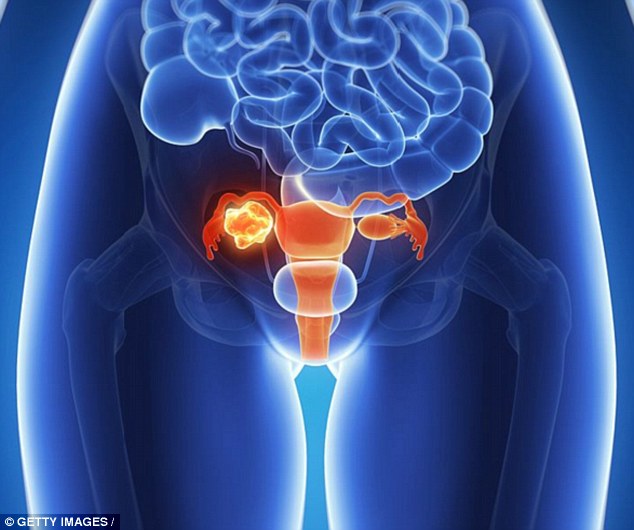 It is advised women with a mutated breast gene – such as BRCA1, made famous by Angelina Jolie – have the operation to remove their ovaries to reduce their risk of cancer

The results showed women under 46 who had the procedure experienced a higher incidence in 18 chronic conditions – except cancer.

However, the procedure reduced the risk in some cases.

THE CANCER RISKS OF THE FAULTY GENES

A fault in certain genes can increase the risk of breast cancer.

Genes called BRCA1, BRCA2, TP53, PALB2 or PTEN are the main ones linked to a high risk of breast cancer.

Everyone has these genes. If there’s a fault in one of them, the risk of breast cancer is higher.

A blood test can identify whether you have a fault in one of these high-risk genes.

Having a fault in one of the high-risk breast cancer genes raises the risk of developing breast cancer to between 40 per cent and 85 per cent.

The researchers believe the premature loss of estrogen caused by the operation could affect a series of ageing mechanisms in cells.

This then leaves the body more prone to diseases in multiple systems and organs in the whole body.

Lead researcher Walter Rocca said: ‘This study provides new and stronger evidence against the use of bilateral oophorectomy for prevention in young women.

‘Bilateral oophorectomy should not be considered an ethically acceptable option for the prevention of ovarian cancer in the majority of women who do not carry a high-risk genetic variant.

‘The clinical recommendation is simple and clear.

‘In the absence of a documented high-risk genetic variant, bilateral oophorectomy before the age of 50 years (or before menopause) is never to be considered and should not be offered as an option to women.’

The study was published in the peer-reviewed journal Mayo Clinic Proceedings.

The top 10 stroke triggers, from obesity to high blood pressure