Many of us enjoy a glass of red wine with our dinner while others prefer several pints at their local pub before stumbling into a nightclub.

Alcohol is known to make people more outgoing – and to tempt them to do things they wouldn’t even dream about if sober – but why?

A new video by Alabama-based YouTube channel SciShow, reveals what happens to the body when we drink and the dangers of having too much ethanol in the bloodstream.

The body considers alcohol to be a poison and works hard to get rid of it as quickly as it can. 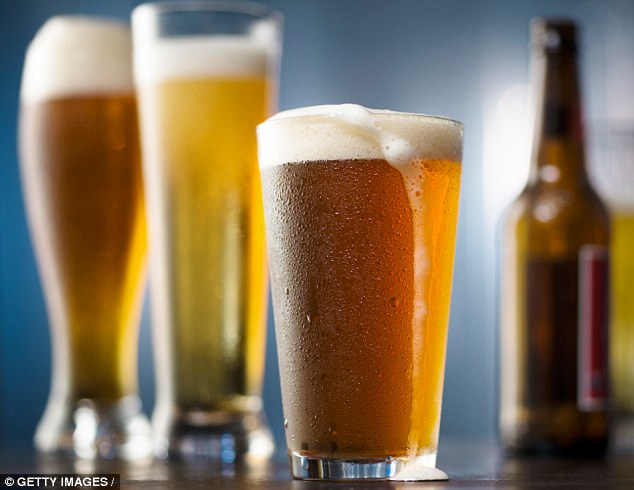 But whatever alcohol the body can’t process straight away ends up in the brain – affecting how cells interact with each other.

It also causes all those other things associated with being drunk, Michael Aranda explains.

Each sip of alcohol contains the toxic ethanol – an alcohol fuel that’s distilled from plant materials, such as corn and sugar.

It is then absorbed into the bloodstream by the stomach lining and small intestine, he explains.

The liver is responsible for filtering out the alcohol and breaking it down – using enzymes and other peptides to allow the body to dispose of it safely.

First, it gets converted in acetaldehyde – another toxic chemical that has long been linked to be the cause of hangovers.

While another enzyme turns acetaldehyde into acetate, a completely harmless substance which is usually passed in urine.

The video explains how having another glass of wine causes the liver to struggle to keep up with excess amounts of ethanol.

Extra ethanol then circulates in the bloodstream before eventually reaching the brain.

Usually bacteria and toxins are kept out of the brain thanks to the blood-brain barrier – a filter made of specialised cells and proteins.

But because ethanol is attracted to fat – it can pass through the filter with fatty cell membranes – allowing it to reach the brain.

And once alcohol reaches the brain it begins to cause havoc on the signalling between neurons – leading to classic signs of being drunk, such as loss of co-ordination, balance and slurred speech.

The brain uses two neurotransmitters to communicate between cells: GABA and glutamate. 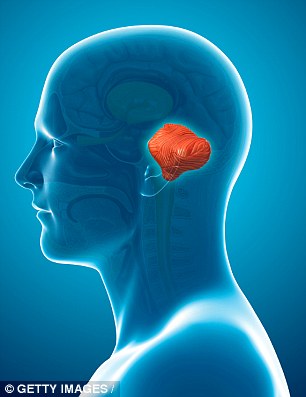 Ethanol interferes with the signalling – by binding to both receptors and changing the neurons they receive.

Specifically, it enhances levels of GABA and reduces glutamate – slowing down the brain’s activity. This is why alcohol is considered to be a depressant.

And by affecting different regions of the brain, various symptoms of having ‘one too many’ are visible.

Stumbling is caused by reduced activity in the cerebellum – the area responsible for motor co-ordination.

While the areas of the brain responsible for self-control and social inhibition are suppressed – making people more outgoing, emotional and likelier to make risky decisions.

But the effects of being drunk go away as the body continues to process ethanol.

Despite  being no links to serious risks from moderate alcohol consumption – it warns ethanol is a toxin.

This means drinking a lot in a short amount of time could lead to alcohol poisoning – when the medulla shuts down, the area which manages vital functions such as heart rate and breathing.

Liver cirrhosis can also occur as a result of long-term abuse of alcohol while scientists also believe ethanol in the bloodstream could be dangerous to other tissues in the body.

They believe it can cause inflammation as well as interfering with normal hormone levels and making it harder for cells to repair their DNA structure. 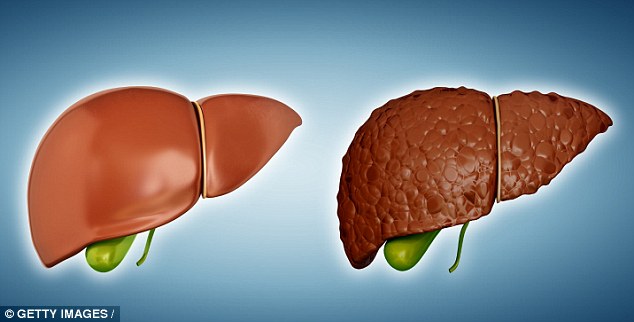 Liver cirrhosis can occur as a result of long-term abuse of alcohol. Scientists also believe ethanol in the bloodstream could be dangerous to various tissues in the body

It is also known to increase the risk of certain types of cancer.

And although alcohol doesn’t kill brain cells – consistently having too much can have long term effects on brain.

Repeatedly boozing as a teenager can affect growth and has also been found to cause learning and memory problems.

And scientists also believe too much ethanol over long periods of time could prevent intestines from absorbing thiamine – also known as vitamin B1- which is needed to break down carbohydrates which release energy.

It also plays a vital role in the maintenance of healthy nerve and muscle tissue.

syndrome is linked to a thiamine deficiency – which is believed to cause movement, memory and vision problems.

Father-of-three is deathly afraid of needles