It’s a common phenomenon; a man complains he’s feeling too hot and throws off the duvet while his female partner burrows under it and wishes she had some woolly socks.

While each partner accuses the other of complaining, the difference between male and female temperature control is not simply hearsay.

In fact, there are proven differences between men and women when it comes to the way their circulatory system functions.

Women are better at conserving core body temperature – to keep a developing foetus warm – while men’s can drop slightly without them noticing. 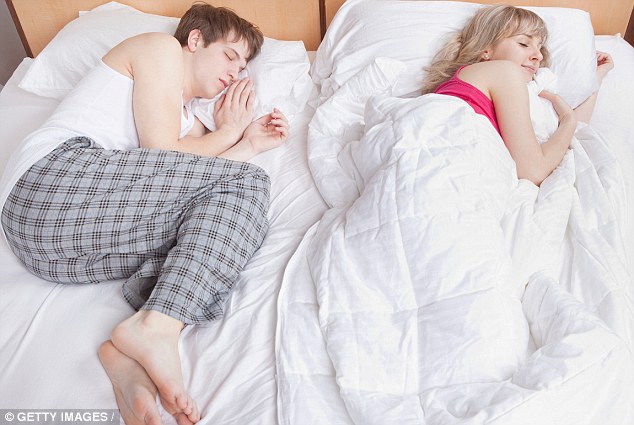 Female hormones, smaller body size and lower metabolic rate are all factors that contribute to a loss of heat from women.

Women have a higher surface area to volume ratio than men and shed heat faster.

They have less heat-generating muscle mass and tend to get colder around menstruation.

Most importantly, women are better at conserving their core internal body temperature than men, most probably for reproductive reasons, to keep any developing foetus warm.

As a result, when the ambient temperature drops, a woman’s circulatory system will divert blood away from her skin and extremities.

A man’s core temperature will simply fall slightly and he will be unaware of any change. 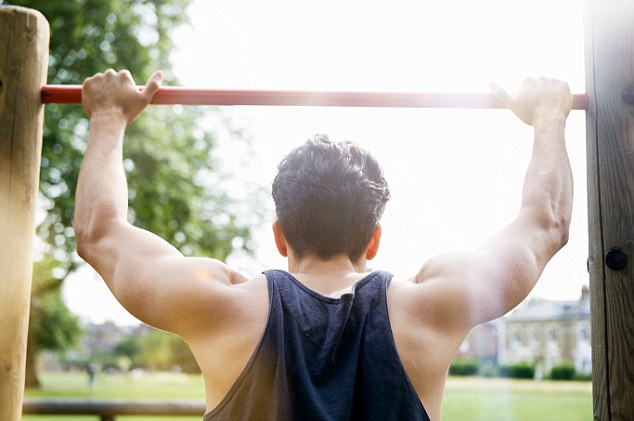 Although physiologically there is no structural difference in the circulation between the genders, women can often feel at the mercy of a process we can’t control.

We faint more often, we endure hot flushes before and during the menopause and we are more likely to suffer from low blood pressure-induced fatigue and depression.

Cold extremities moreover, can cause more than minor discomfort. 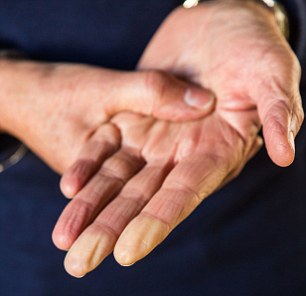 Women are nine times more likely than men to suffer from Raynaud’s disease, a painful and often debilitating circulation disorder

Women are nine times more likely than men to suffer from Raynaud’s disease, a painful and often debilitating circulation disorder that affects an estimated 10 million people in Britain.

HUMAN CIRCULATION: A MASTER OF ENGINEERING

When it works efficiently, the human circulatory system is a masterpiece of engineering.

Blood, the body’s transport system, is pumped to and from the heart, via an elegantly simple, yet intricate network of blood vessels.

The free-flowing movement of blood round our bodies is central to our health.

Crucially, cholesterol, the modern killer responsible for an epidemic of cardiovascular disease, takes its toll by clogging up our arteries.

By obstructing the passage of blood, this places strain on the heart, which has to pump harder to power circulation.

The average woman has between four and five litres of blood, which pass through the body once every 45 seconds.

In an average lifetime our hearts will pump over 250 million litres of blood – equivalent to around 25 Olympic-sized swimming pools. 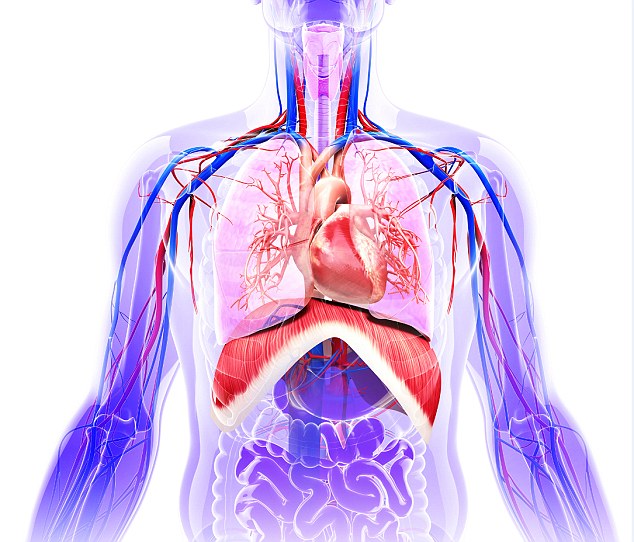 Red blood cells, erythrocytes (from the Greek, erythros meaning red) carry oxygen and nutrients to the body’s cells and bring waste materials from them.

The plasma carries the hormones that control body processes and the white cells, or leukocytes, contain the antibodies that fight invading germs.

Oxygenated blood travels from the heart through arteries and returns to it via the veins.

Valves in the veins prevent the blood flowing backwards. The main arteries gradually divide into capillaries, where food and oxygen are released into the cells and carbon dioxide and other waste products are returned to the bloodstream.

Blood pressure is a measure of the force of the blood pushing against the walls of the arteries.

Each time the heart beats (around 60 to 70 times at rest) it pumps out blood into the arterial vessels.

When we’re active, and the heart works harder, blood pressure rises. It’s lowest as we sleep and stays more or less level when we are sitting or standing still. 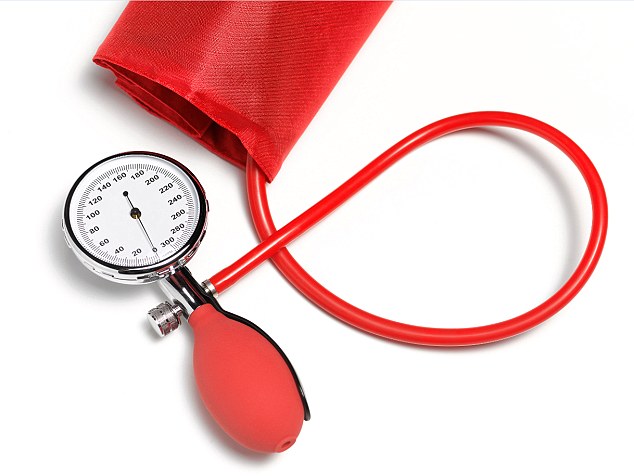 The free-flowing movement of blood round our bodies is central to our health. High blood pressure means the heart is constantly working harder and is under strain, increasing the chances of stroke or a heart attack

The resting level should be 120/80 mm hg (millimetres of mercury).

A level consistently measuring 140/90 or higher, means a person is suffering from high blood pressure.

High blood pressure means the heart is constantly working harder and is under strain, increasing the chances of stroke or a heart attack.

Factors such as poor diet, lack of exercise and smoking are the key causes of high blood pressure, which in many cases can be managed by lifestyle changes.

A WOMAN’S TEMPERATURE CHANGES WITH HER CYCLE

A woman’s cycle also has bearing on her temperature.

Just before her period, her body temperature drops and iron levels also tend to be at their lowest in the days prior to a bleed.

Iron deficiency causes a drop in the number of red blood cells, which leads to a loss of body heat. 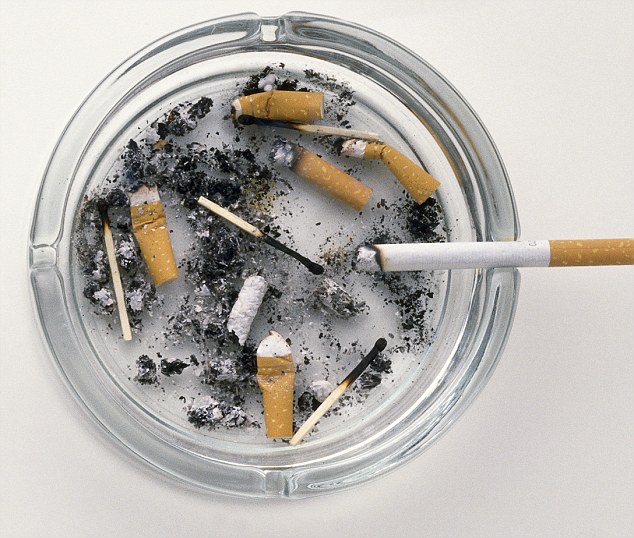 Smoking has a harmful affect on the circulation system as it constricts the arteries. Doctors can even measure the reduction in blood flow while a single cigarette is being smoked

Smoking has a very deleterious effect on circulation; it constricts the arteries so dramatically that doctors can measure the reduction in blood flow while a single cigarette is being smoked.

Long term, the damage greatly increases the risk of stroke and heart disease as well as cancer.

Other underlying causes of poor circulation include diabetes and an underactive thyroid gland, so anyone whose hands and feet are constantly cold, should contact their GP.

An estimated ten million people, mostly women, suffer from Raynaud’s Disease, which is characterised by a loss of blood flow to hands, feet nose and ears.

Initial numbness as blood ebbs away is replaced by an unpleasant and sometimes extremely painful throbbing as the blood returns. 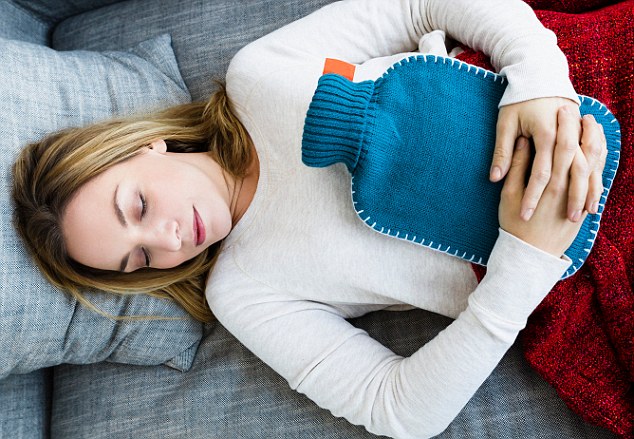 A woman’s temperature changes with her menstrual cycle (file photo)

It is widely believed that female hormones play a significant role in the condition, although the link has not yet been firmly established.

One possibility is that their presence thickens the blood and hampers circulation.

For this reasons, it is recommended that sufferers don’t take the contraceptive Pill or HRT.

‘When people have severe symptoms, they can be prescribed blood thinners vasodilatory drugs or other medication by their GP,’ says Anne Mawdsley, chief executive of the Raynaud’s and Scleroderma Association.

Scleroderma is connective tissue disease, that can cause Raynaud’s.

‘But because of side effects including headaches and nausea, a lot of people prefer to take alternative therapies such as ginger and garlic, which are both warming.

Studies have shown that ginkgo biloba can also be very effective.’ 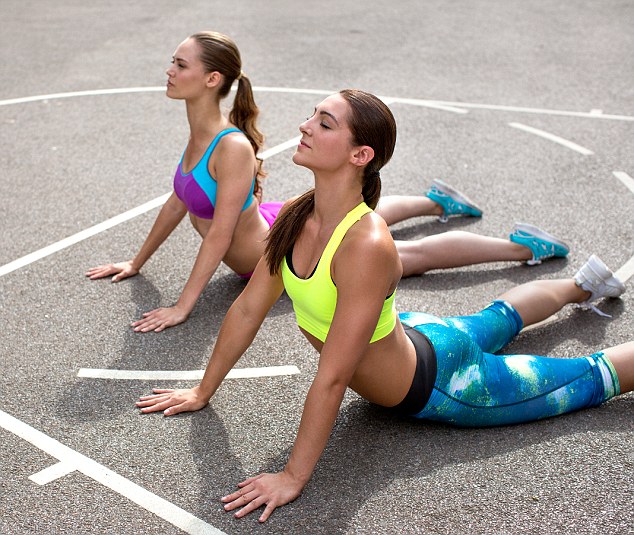 One test carried out at the University of Saarland in Germany demonstrated that blood flow in the capillaries leapt by 57 per cent an hour after taking a ginkgo supplement, and it is often recommended by alternative and complementary therapists to treat milder cases of poor circulation.

For the majority of women, whose chilly extremities lie within the normal spectrum, there are a number of measures they can take to relieve their condition.

Cardiovascular exercise will increase the number of capillaries in the body and improve circulation in general.

Cycling with improve blood flow in the legs and rowing will have an effect on arms as well as legs and swimming is the perfect exercise for the whole body. 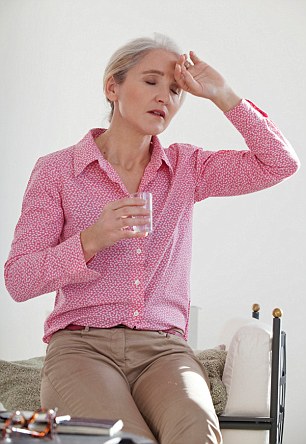 These are caused by the brain’s response to the dramatic drop in oestrogen in the body before and during the onset of the menopause.

The heart beats faster and the skin feels hot and sweaty to the touch.

Natural remedies such as black cohosh and red clover have been shown to ease hot flushes.

A pro-active approach to circulation at an earlier age will establish good habits to last a lifetime.

And who knows, with a better diet, more exercise and the occasional food supplement, it could be the nation’s women who are flinging open the windows while their men in their lives resort to reaching for an extra pullover.

This article has been reproduced with the permission of The Hippocratic Post.