Dementia can be accurately predicted  years before symptoms develop with a simple smell test, research claims.

A study found those who cannot identify at least four out of five common odours were more than twice as likely to develop the disease.

And the worse their sense of smell, the bigger the risk of being struck down by dementia in old age, said University of Chicago scientists.

The pungent aromas used in the experiment in order of increasing difficulty were peppermint, fish, orange, rose and leather.

The findings could be used as an early warning system.

This would allow drugs and lifestyle changes, such as a healthy diet and more exercise, to be more effective before the devastating condition takes hold. 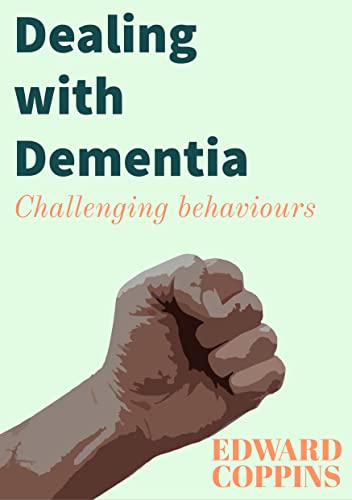 Not being able to recognise the smell of LEATHER could signal dementia, researchers claim

Currently the disease can go unnoticed for up to 20 years, with no accurate ways to spot the irreversible damage in existence yet – despite years of research.

The findings add to growing evidence the first damage to the brain occurs in olfactory neurons, which distinguish between different aromas.

What did they find?

Five years after the initial test almost all the participants, aged 57 to 85, who were unable to name a single scent had been diagnosed with dementia.

And nearly 80 per cent of those who provided just one or two correct answers also had it, researchers wrote in the Journal of the American Geriatrics Society.

Overall, the degree of smell loss and incidence of the disease were significantly linked, lead author Professor Jayant Pinto found.

He said: ‘Loss of the sense of smell is a strong signal that something has gone wrong and significant damage has been done.

studies have shown smell tests can flag up everything from very mild memory loss to full-blown Alzheimer’s disease.

That is because in many people hyposmia or anosmia – a partial or complete loss of the sense of smell – happens before cognitive problems in Alzheimer’s.

It is why there is a so-called ‘peanut butter test’ for people with Alzheimer’s who are less able to sniff out the spread from a distance.

However, simple smell tests offer an incomplete picture, monitoring the sense of smell only after it is detected by the brain.

They noted how struggling to differentiate between the smell of bubble gum and petrol could be a sign of dementia.

Massachusetts General Hospital and Harvard Medical School experts created a similar test in January to diagnose the disease before it strikes.

‘This simple smell test could provide a quick and inexpensive way to identify those who are already at high risk.’

Professor Pinto added: ‘Of all human senses smell is the most undervalued and under appreciated – until it’s gone.

The study follows a related 2014 paper in which olfactory dysfunction was associated with increased risk of death within five years.

In that study, loss of the sense of smell was a better predictor of death than a diagnosis of heart failure, cancer or lung disease.

For both studies the researchers used a well-validated tool known as ‘Sniffin’ Stick’ which looks like a felt-tip pen infused with distinct scents.

The participants smell each item and then identify that odour, one at a time, from a set of four choices.

Those who got two or three correct were  defined as a reduced sense of smell. Those who managed one or none were anosmic, having lost it completely.

The dangers of not being able to smell

losing the ability to smell can have a substantial impact on lifestyle and wellbeing.

‘People who can’t smell face everyday problems such as knowing whether food is spoiled, detecting smoke during a fire or assessing the need for a shower after a workout.

‘Being unable to smell is closely associated with depression as people don’t get as much pleasure in life.’

Officials estimate there to be around 47 million dementia sufferers across the world, with nearly 10 million new cases reported each year.

In the US, the devastating disease, which is currently incurable, affects more than five million, while 850,000 suffer in the UK.

Also Read : how daily cup of tea can save you from dementia

Children bullied for being fat WON'T be sad as an adult