Workers in a call centre are used to torrents of abuse from both customers and their bosses.

So much so, that many struggle to cope with the demands of the job and leave to greener pastures in their quest for job satisfaction.

But like many others, they often find it difficult to get a job they enjoy and will learn to love as they grow older.

Now, new research suggests having a bad job in the early stages of your career has an impact on your health in later life. 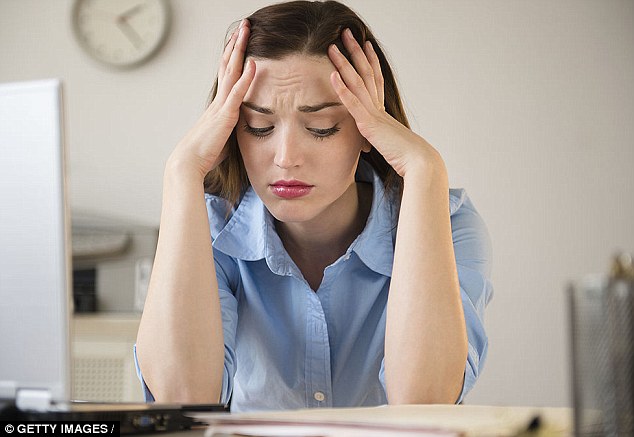 Adults with low job satisfaction in their 20s and 30s have a higher chance of becoming depressed and having sleeping problems, scientists found.

They were also more likely to suffer from back pain and frequent colds as a result of their draining work as young adults.

Researchers from Ohio State University used data from 6,432 adults and examined their job satisfaction between the ages of 25 and 39.

Participants were asked to rate how much they liked their jobs on a scale of one to four.

About 45 per cent of participants had consistently low job satisfaction, while a further 23 per cent had levels going down through their early career.

Around 15 per cent of people were consistently happy at their jobs while 17 per cent were trending upwards.

Using those who were consistently happy as the reference, the researchers compared how the health of the other three groups compared.

Mental health was most affected by people’s feelings about their jobs. 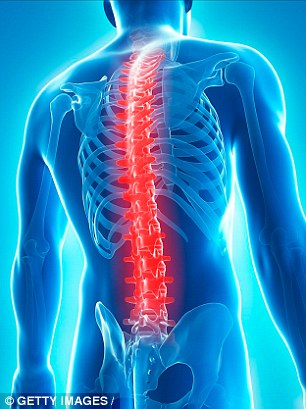 Adults with low job satisfaction in their 20s and 30s are more likely to suffer from back pain in later life, scientists found

‘You don’t have to be near the end of your career to see the health impact of job satisfaction, particularly on your mental health.

‘The higher levels of mental health problems for those with low job satisfaction may be a precursor to future physical problems.

‘Increased anxiety and depression could lead to cardiovascular or other health problems that won’t show up until they are older.’

People who were in the low job satisfaction group throughout their early careers scored worse on all five of the mental health measures studied, study results showed.

They were also more likely to have been diagnosed with emotional problems and scored lower on a test of overall mental health.

Those whose job satisfaction started out higher but declined through their early career were more likely to have trouble sleeping.

While those whose scores went up through the early career years did not see any comparative health problems.

In regards to physical pain, those in the low satisfaction group and those whose happiness decreased reported more frequent colds and back pain.

E-cigarettes could damage sperm through toxic chemicals in the flavourings

Women MOST likely to ditch their diets when dining out